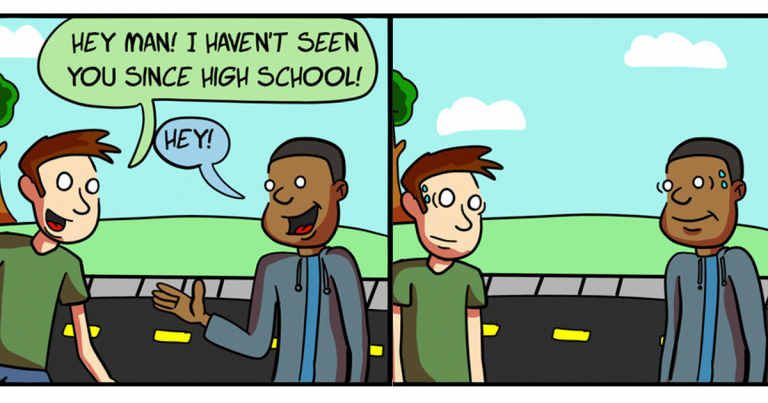 Just in case you were shocked by the title, let me pop the bubble for you. A bunch of geese do not draw these comics it’s just the pen name of the artist who makes absolutely hilarious comics which are so awkward that it’s relatable.

Portuguese Geese has been drawing hilarious comics since he was 5 years old and most of the ideas for his comics are taken from personal experiences. It is a beautiful thing to be able to tell stories by putting out the artist in you and it makes absolute sense to pursue your passion. 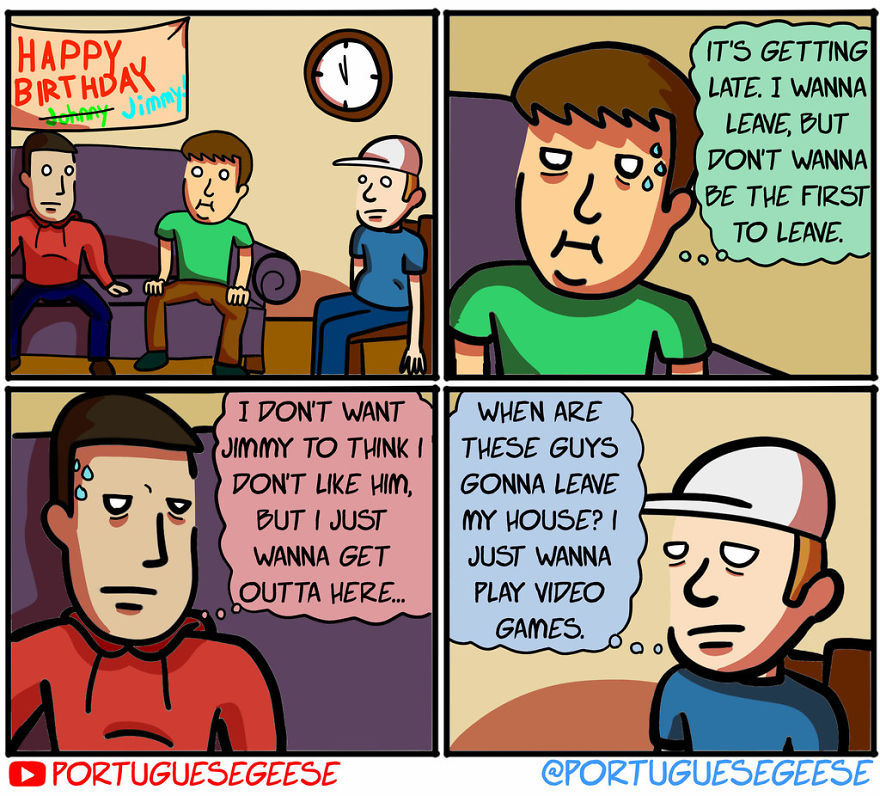 It’s funny how everybody wants the same thing, yet not one of them are too frank to let the others know. 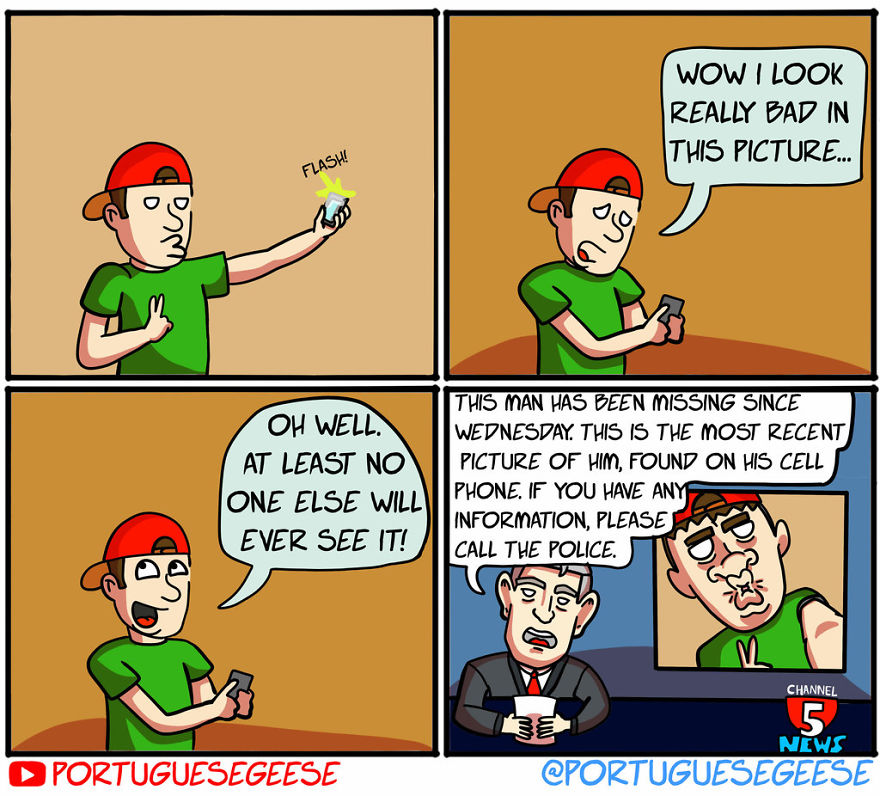 Well, if this happens in real life, it would be one of the most awkward things ever. Delete your dad pictures, right now 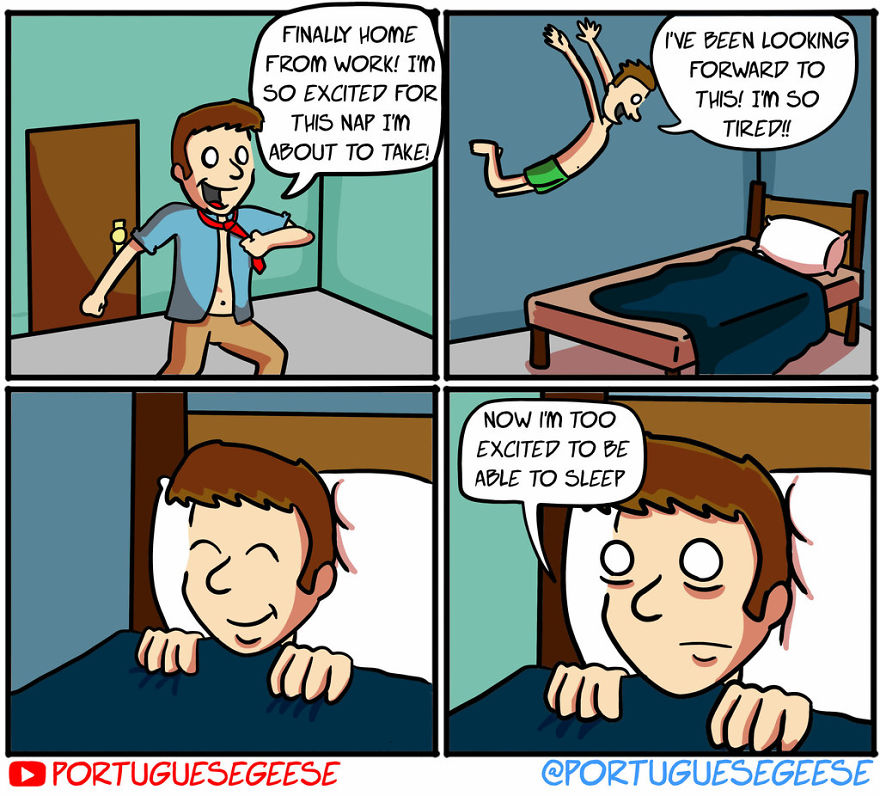 Never be too excited to not being able to sleep. 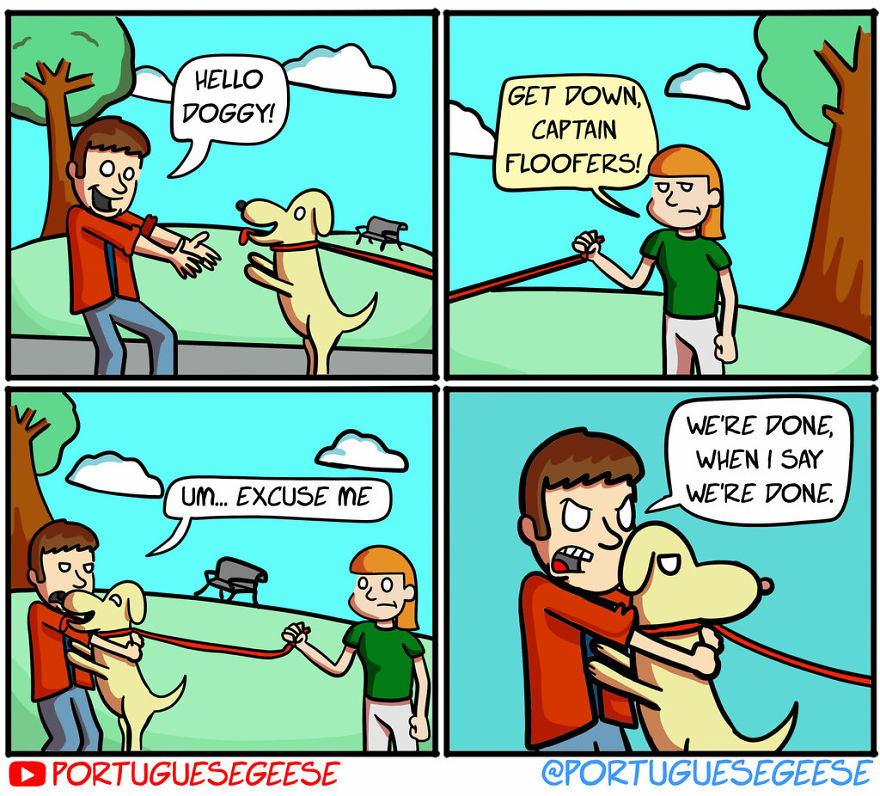 It is so fun to actually play with random dogs on the streets. This is one of the most hilarious comics I have ever seen. 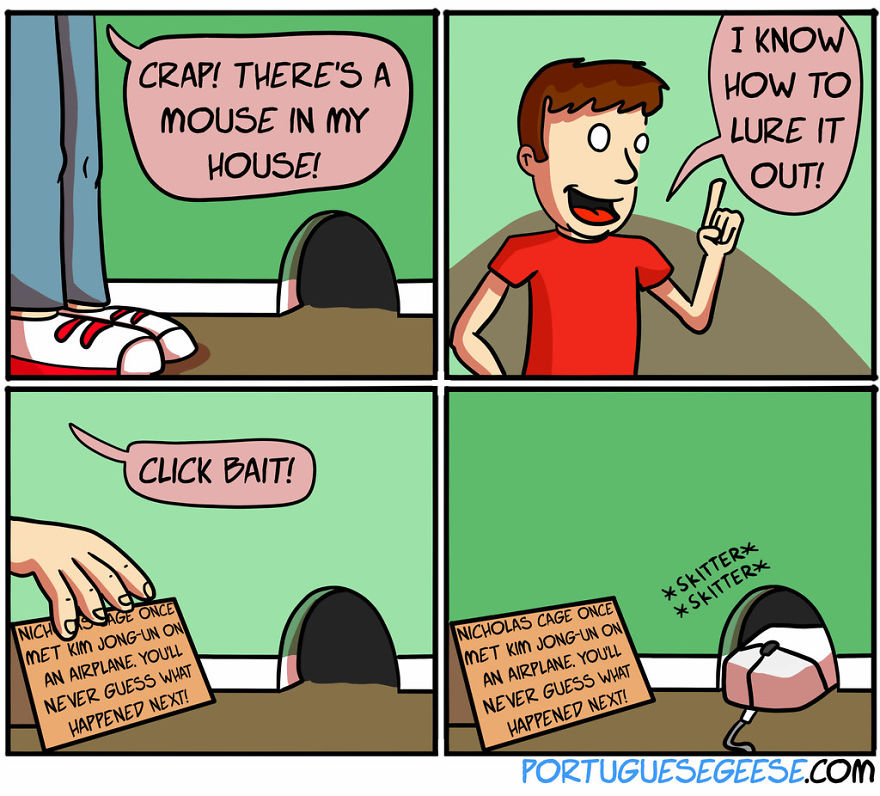 The concept in this one is really sarcastic. Also, the plot twist is very funny. 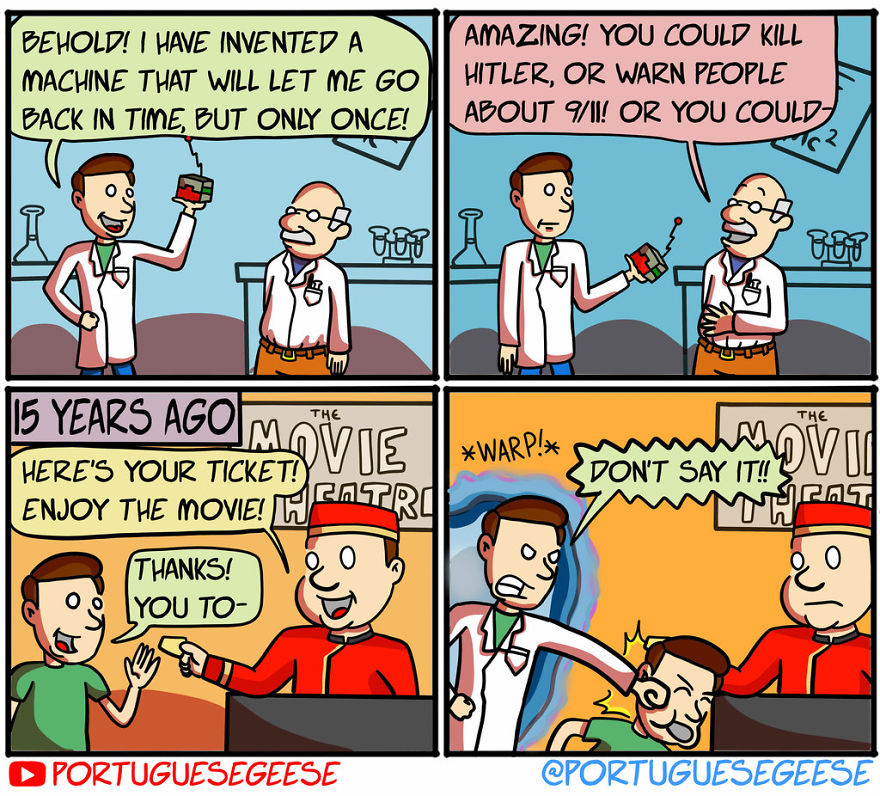 What would you want to change if you could go to your past? I wish it’s not something as hilarious. 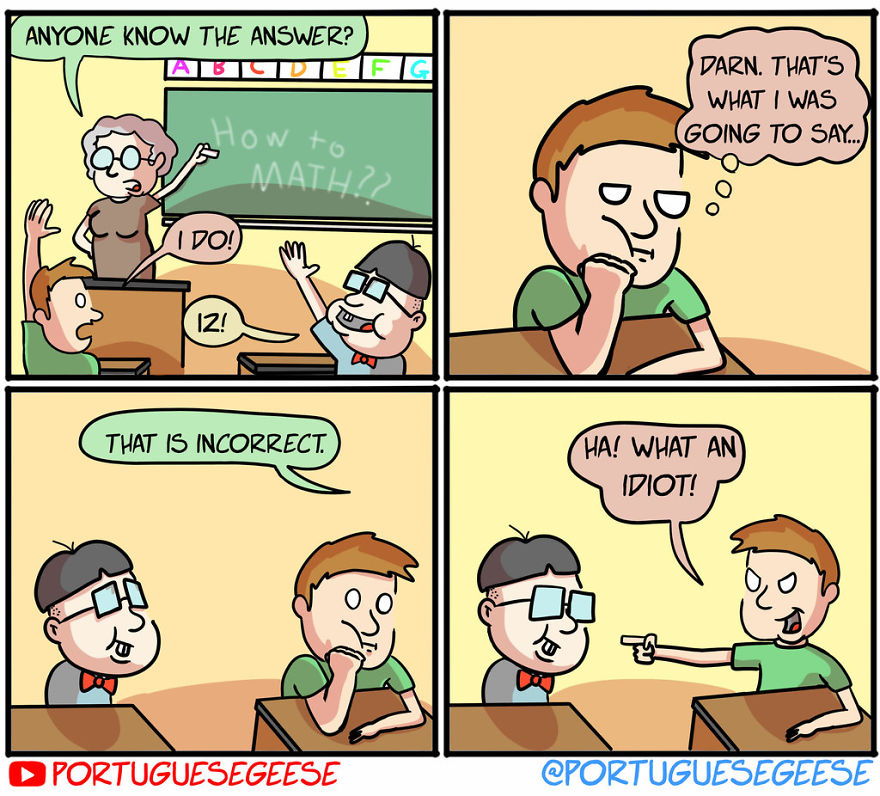 This is so relatable. I am pretty sure many people have done this at least once in their lives. 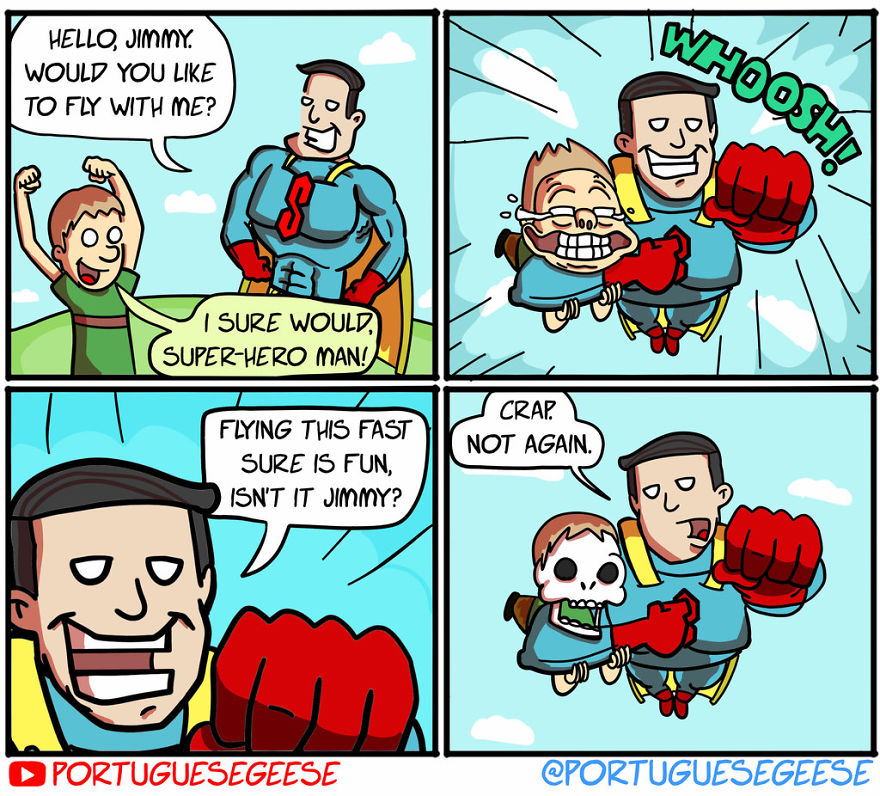 Well, his skull does look happy to some extent, or is it just me? 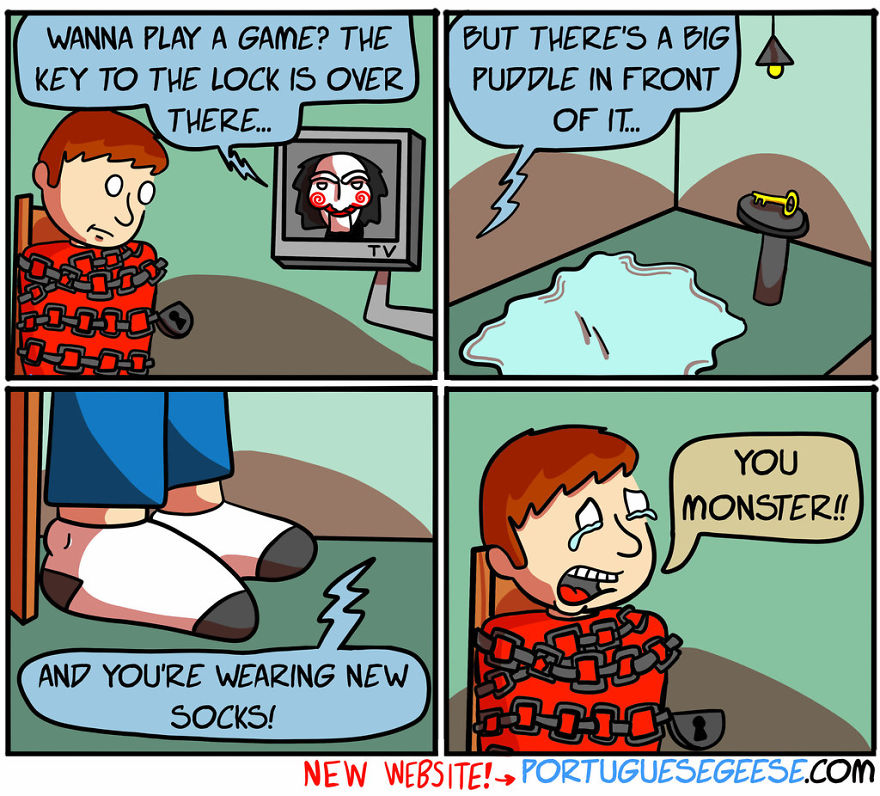 Portuguese geese definitely has the most hilarious comics. I mean, who else would have thought this way? This is an absolute masterpiece. 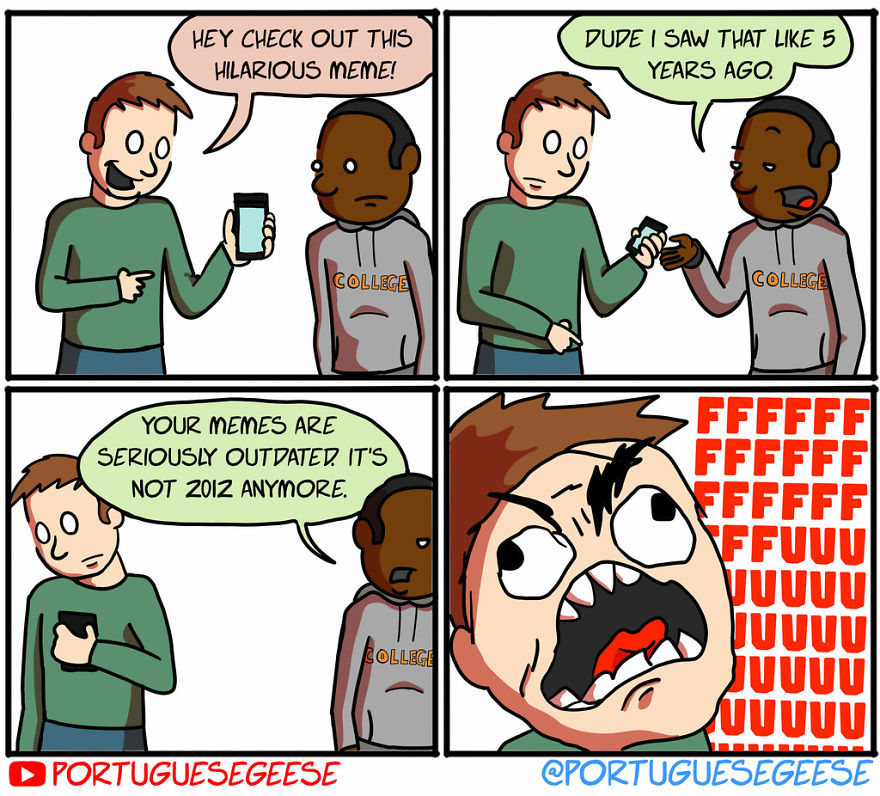 The last one is, in fact, a 2012 meme. Great attention to details is what this man is all about, and he is definitely not outdated at all. 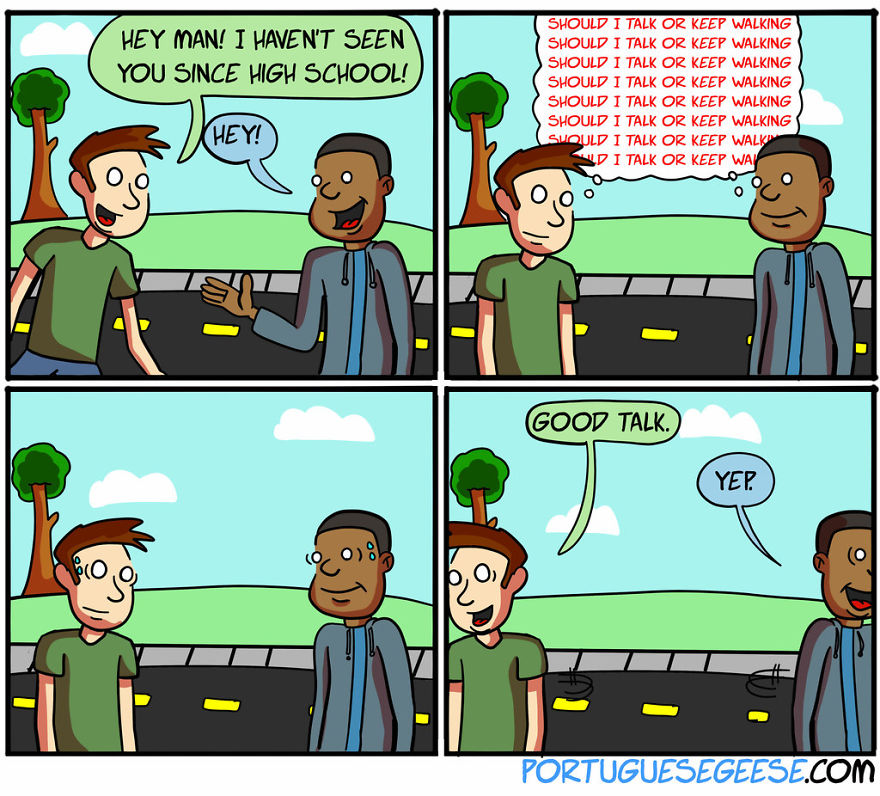 This is probably the most awkward moment in my personal life.