Home Photography Before And After Pictures Which Show How Our World Has Changed Over...

Change is inevitable. No matter how much you want to be in a happy place it just passes away. Our world has also gone through a course of change. With the advancement in technology and architecture, things or places don’t seem like the way they were before. Just before and after pictures of famous places will surely justify that. 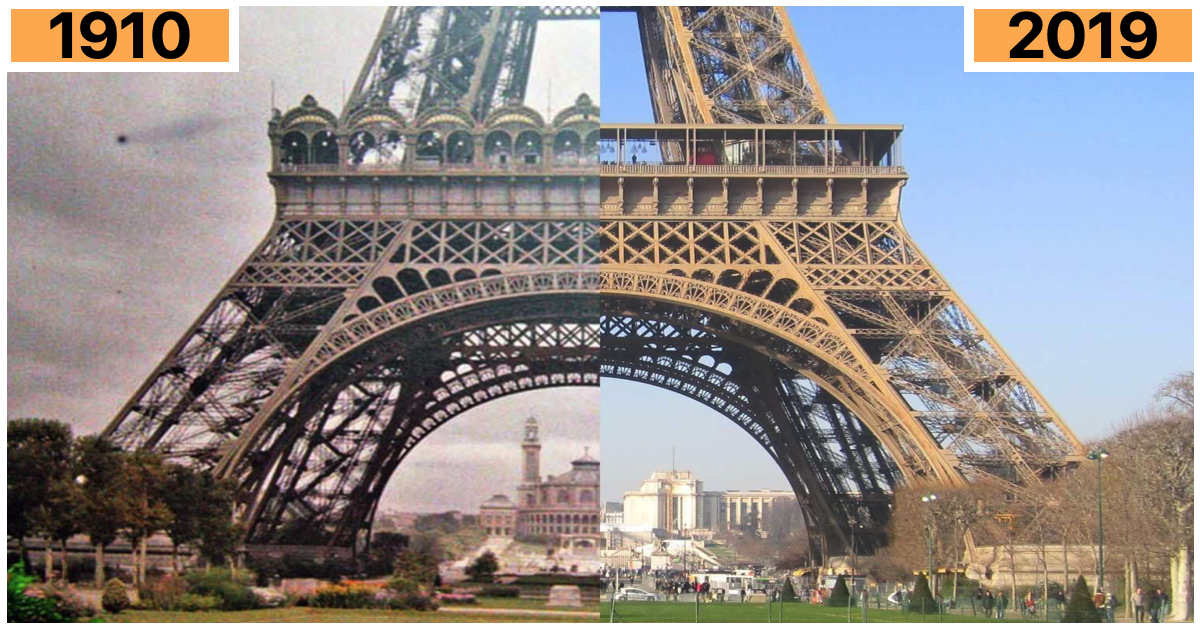 Paris is the city of love and Eiffel Tower is always being romanticized. From the floor of the building structures, you get an idea that the world has changed a lot but the tower still never fails to mesmerize the tourists. 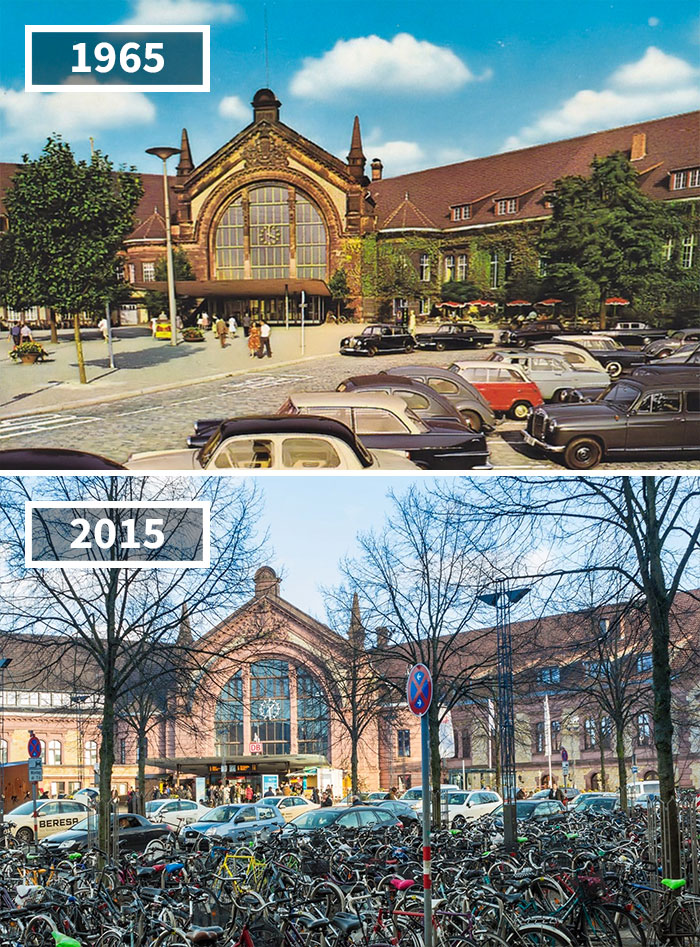 With the growing population, the number of vehicles surely has increased. The place is cluttered with those. 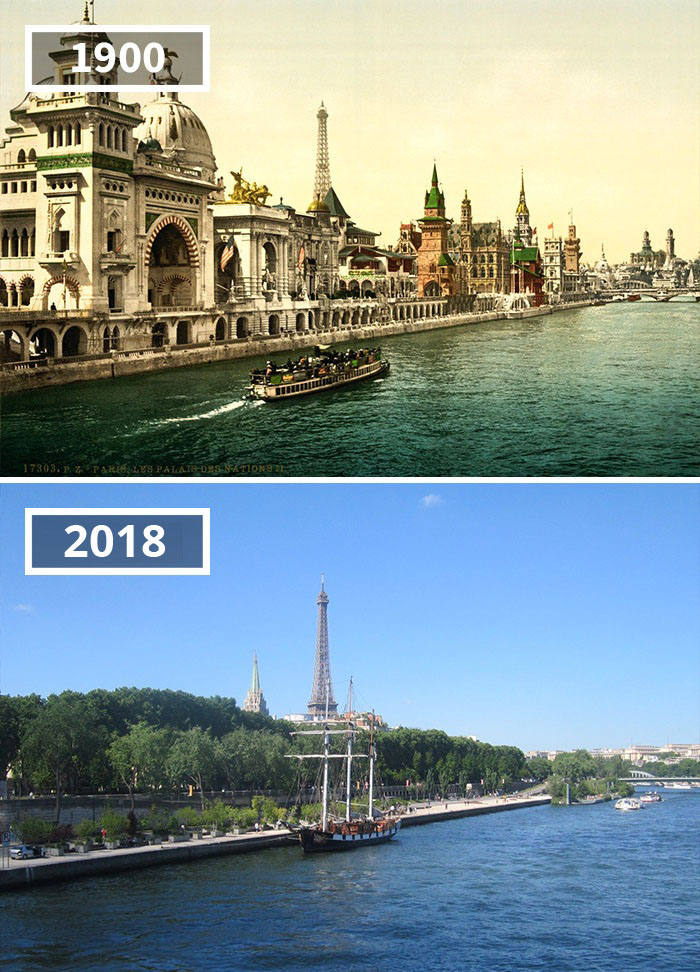 The buildings near the river have been broken down to clear the area. Now you get a better view of the Eiffel Tower. 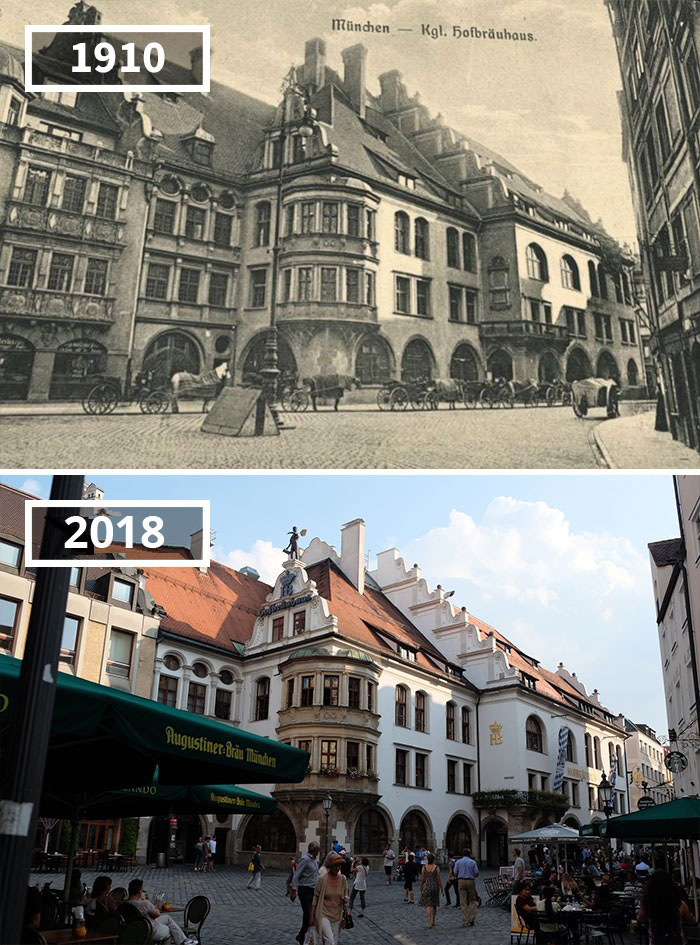 The corner has definitely not changed. There are obviously more shops now, it was way cleaner earlier. 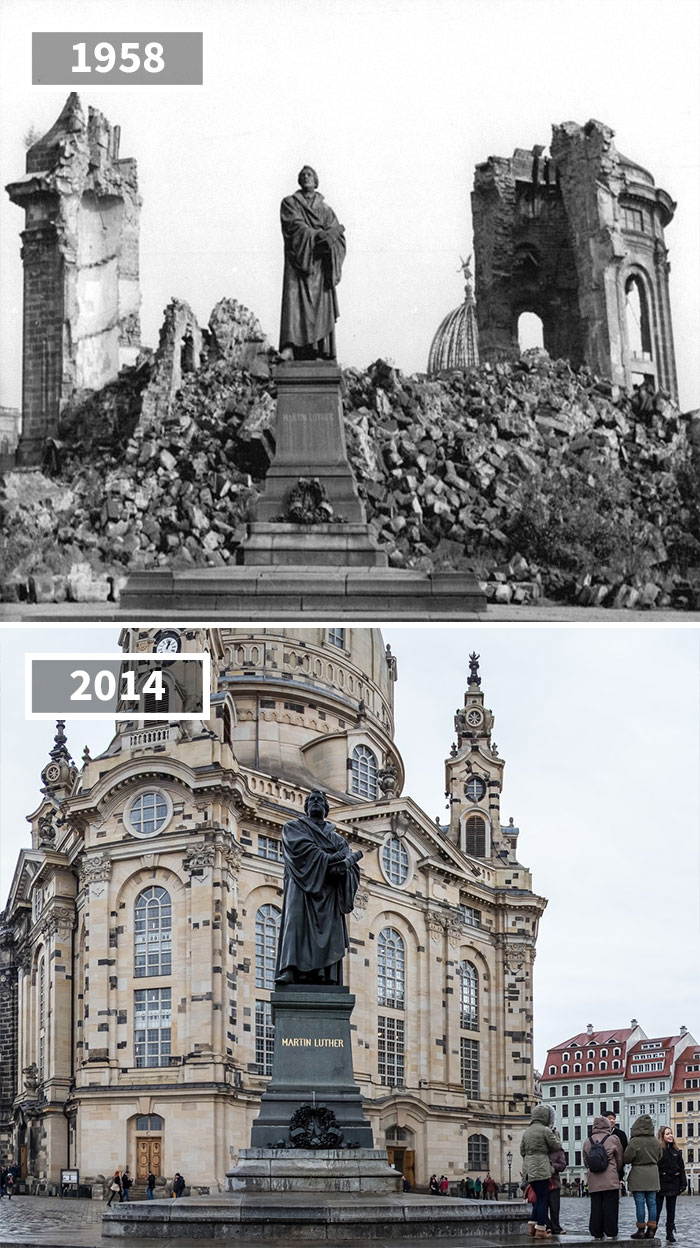 The whole place was disintegrated to be constructed into something beautiful. Now the city looks well arranged and peaceful. 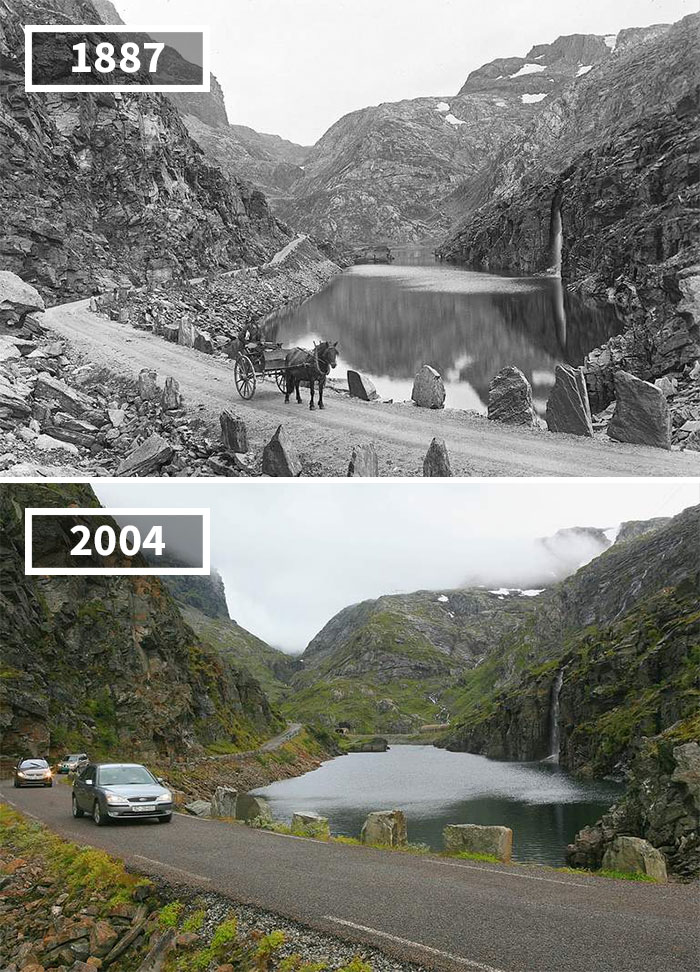 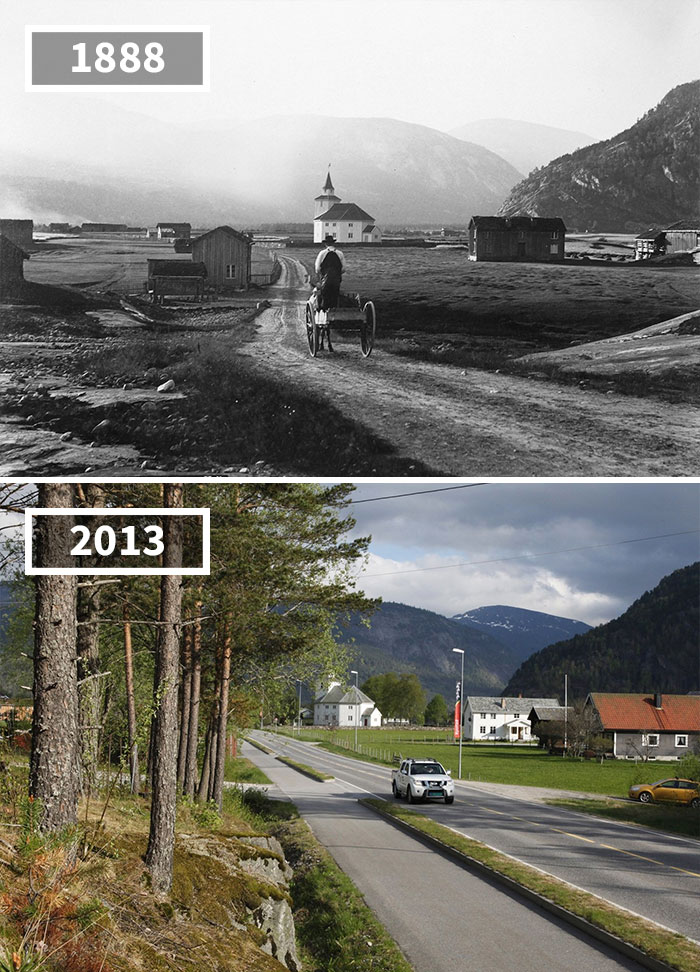 This place is pretty much similar, even the old house stands there till now. Some parts of the world still connect us to our previous generations. 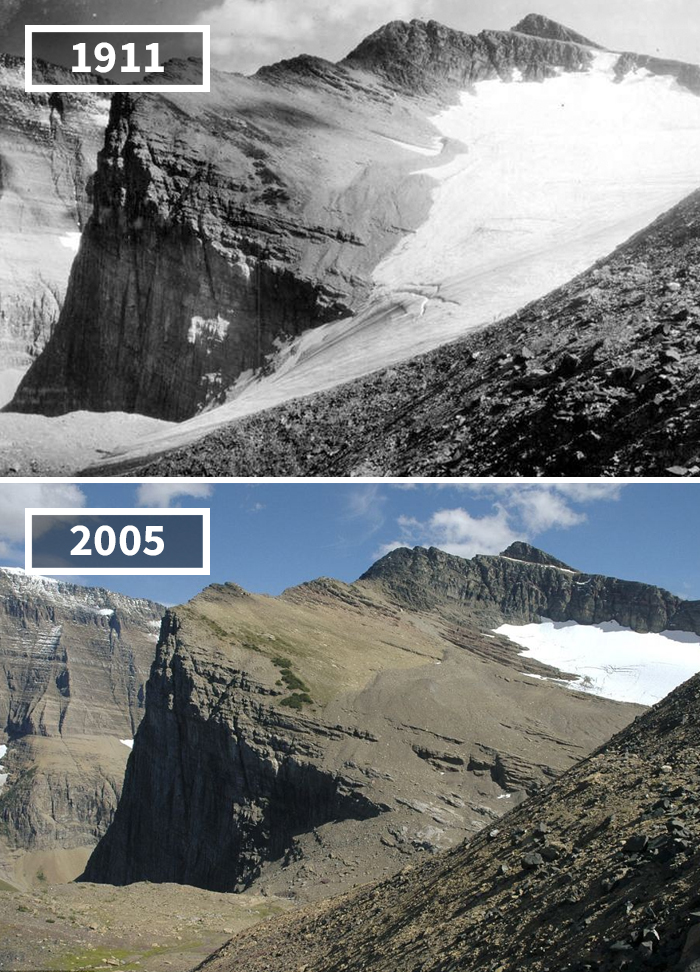 This is an awakening example of how global warming is affecting our world. In about 100 years the snow has melted and the mountains lie barren. 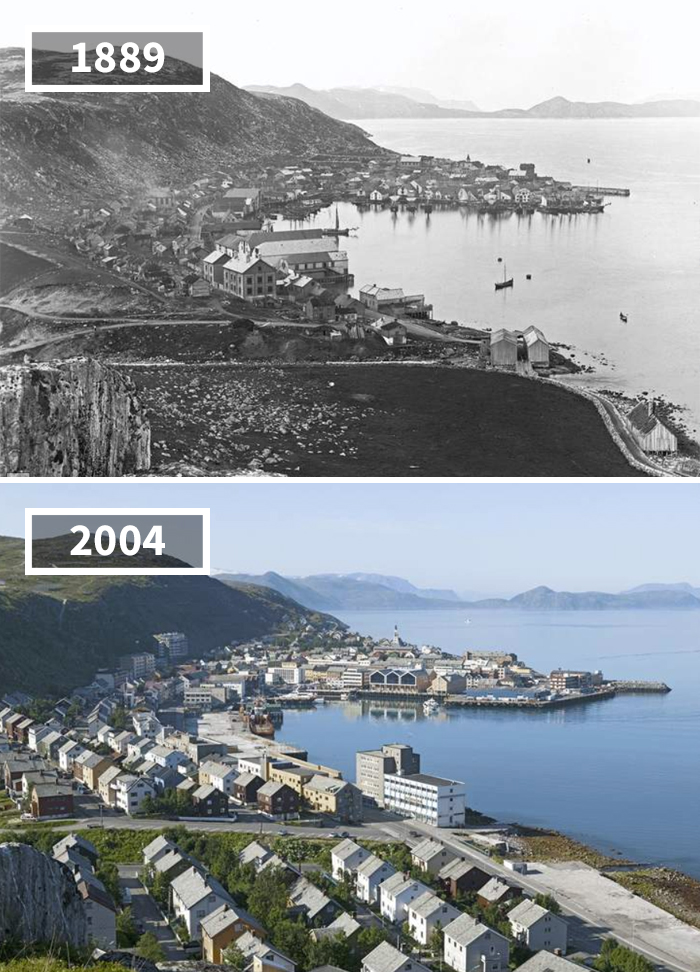 The place looks way cleaner and decorated. The building has been reconstructed and now it is a perfect shape. 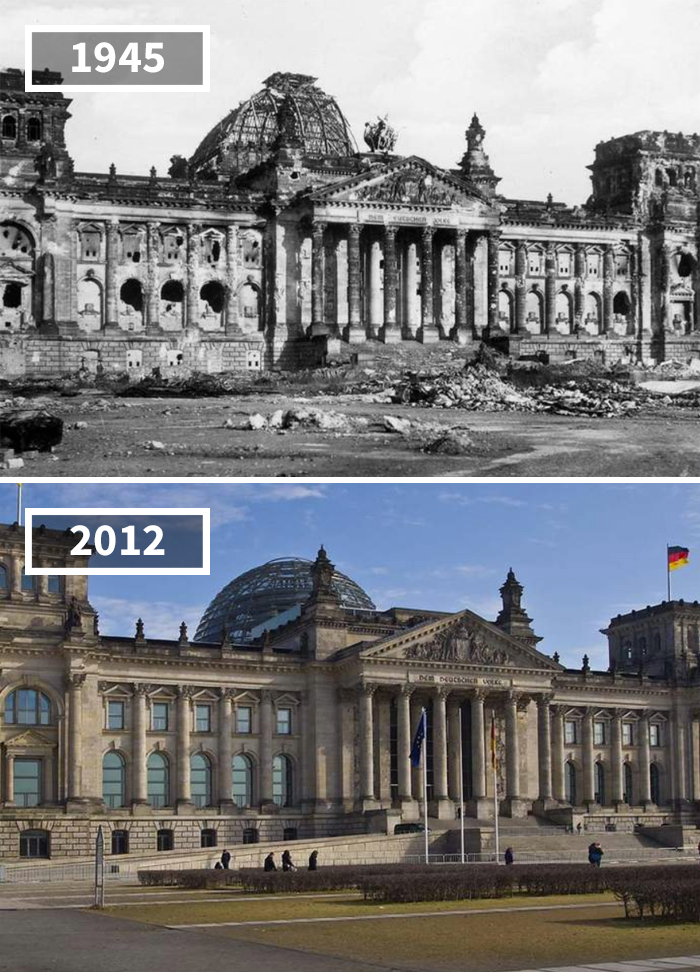 With a growing population, more barren spaces are used up to construct houses populating a place. But we have to agree it looks a lot more organised than it was before.

16 Times Tourists Were Severely Disappointed When They Traveled To See Their Favorite Places.

Funny Comparison Between The Pictures HE Clicks Vs SHE Clicks

Artist Has Given A Remake To The Lion King’s Characters And...