YouTube is a user-oriented platform and people upload random videos they think are fun or will be liked by their fans. Most of the times the videos work just fine, get the channel some likes, views and new subscribers. As we all know it isn’t always the same, sometimes YouTube videos have been the center of controversies that went far too much. The fans were offended and at the end, the channel had to upload apology videos or something to calm the controversy surrounding it.

Watch the most cringe apology videos below:

YouTuber Gabbie Hanna was caught promoting a scam website that provided products of up to $60 for free (with the shipping fee of course). But, when the users started receiving products the website shipped damaged, or low quality or no product at all. That was the time she had to apologize for her advertisement for the website. 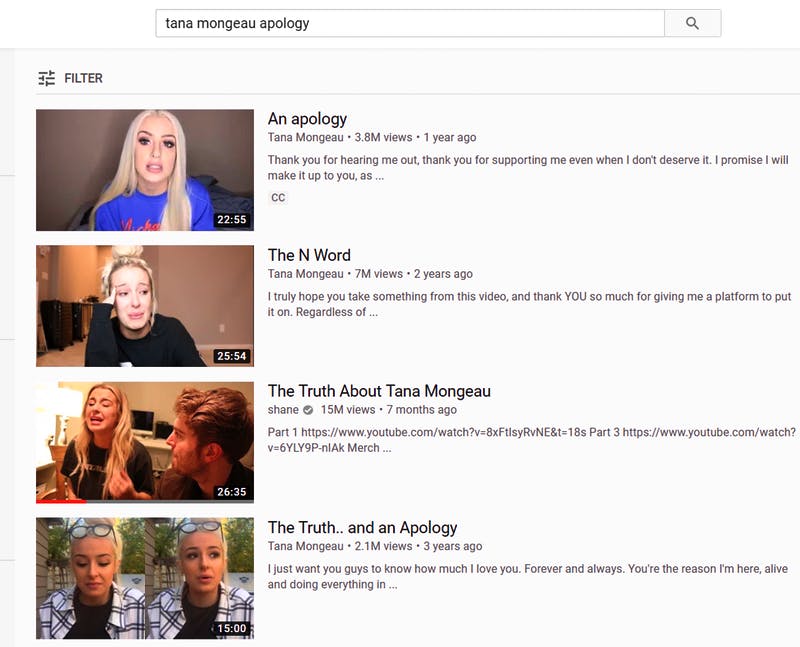 One would say she’s more of an apologizer than a YouTube video maker. She had made many mistakes in her videos that landed her in legal trouble due which made many apology videos that make her youtube career a complete joke.

Laura Lee used to be a popular YouTuber in the beauty category. Then she once tweeted horrible racist tweets that got a bad backlash to which she made this very badly performed  YouTube video in which you could say she’s doing it just because her revenues dripped.

4. Logan Paul and the Suicide Forest. 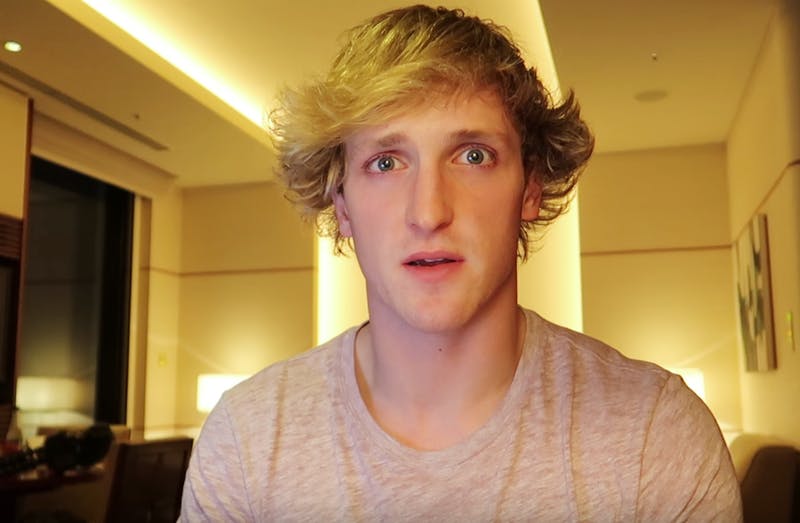 We all remember when Logan Paul visited Aokigahara forest in Fujikawaguchiko, Japan (also called as suicide forest of Japan) and filmed a dead body and later posted it on YouTube with weird comments on it as well. That was the time everyone had a moment to criticize his already cringe videos and fans. He got his channel demonetized and had to post a very cringe apology video for reclaiming it back. 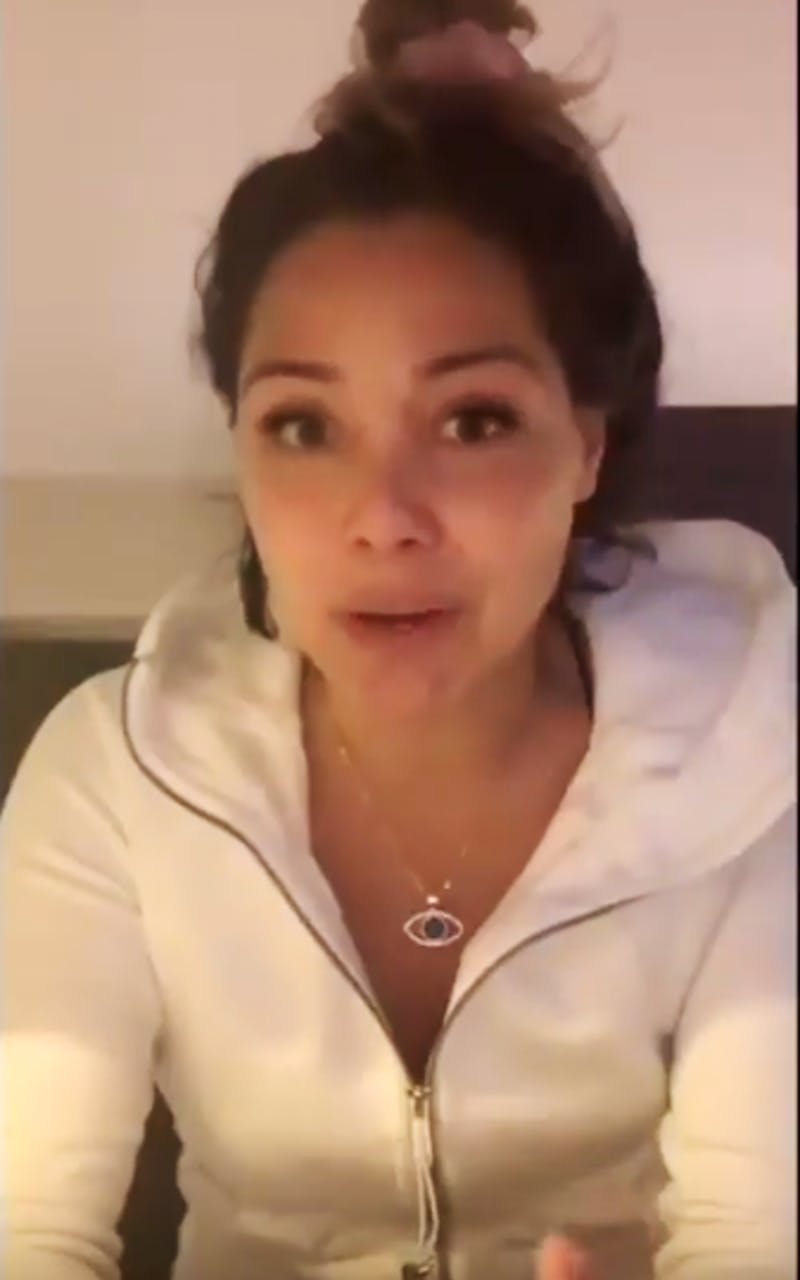 She tried to copy strike a parody account called ShookBang claiming his content was illegal which it obviously was not and landed her into trouble.

She then tried to cover it up with posting several Apology Videos over time and questioning YouTube itself!!!

Like many other challenges, there was once a stupid challenge to live with £1 for 24 hours. As we all know about poverty, there are many people living with even less than £1 for the day and definitely not as a challenge!!! Alfie Deyes took part in it and then criticized about how he couldn’t do it. His fans were offended by this act of the rich YouTuber and demanded an explanation to which he apologized in a video.

A millionaire YouTuber went off to rant about Starbucks for not giving her 3 free coffee’s a day anymore which at first wasn’t in their policy anyways. She then suffered heavy trolls and criticism from her fans for bitchin over free coffees to which she had to make an apology video explaining her behavior. 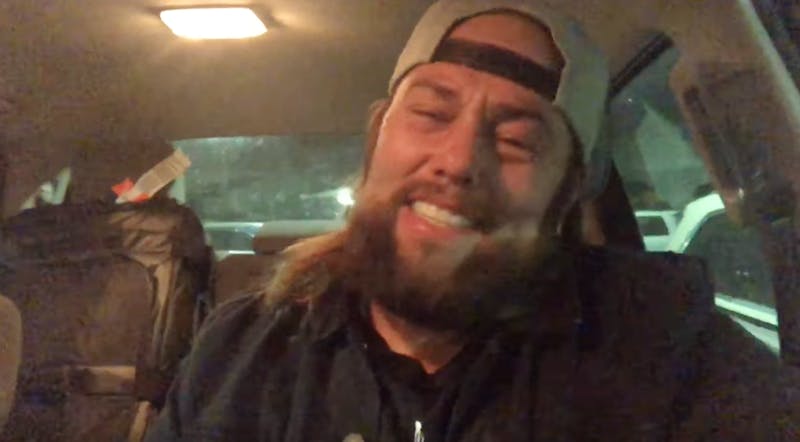 Shay was a family vlogger who posted religious stuff on his channel and ha a very religion fan following as well. Later he was caught in a sex scandal with a cam girl which led to huge hate from his religious fans. He posted such a fake apology video that most of the times you cannot differentiate if he’s crying or trying not to laugh.

I just got an amazing idea for all the YouTubers so they don’t have to make apology videos anymore. ‘Just don’t be an a**hole!’ It’s not like you’re on live TV can can’t control yourself. You edit your videos and post it, so you have enough time filtering out stuff you know can hurt millions out there.

12 Amazing Transformations By A Makeup Artist Which Will Make You...

Finding Your ‘One And Only’ Is More Easier On Flight Than...