Every year, we lose thousands of miles of forest due to constant deforestation. Animals are forced to abandon their natural habitats and wander away. Some survive, some don’t while the less unfortunate ones find their way into cities.

Sebastião Salgado is a Brazilian photographer who with his wife Lélia Deluiz Wanick Salgado have been planting tree saplings for over twenty years in order to bring a deforested forest in their hometown back to life.

Sebastião Is A Famous Photojournalist

He’s a prominent photographer and journalist who has traveled all over the world to cover sensitive issues and has been featured in a number of press publications.

The Trouble Began During The 90s

Sebastião had returned to Brazil from covering the terrible Rwandan genocide when he stumbled upon the jungle which had been completely destroyed.

Sebastião was hurt, but he was also determined to do something about it. So along with his wife, he started a twenty-year-old journey to bring the jungle back to life. No matter what.

By the time the people who cut the forest were done. Only 0.5 percent of the actual forest remained. Seeing this, Lélia came up with the idea to start replanting trees in the area. 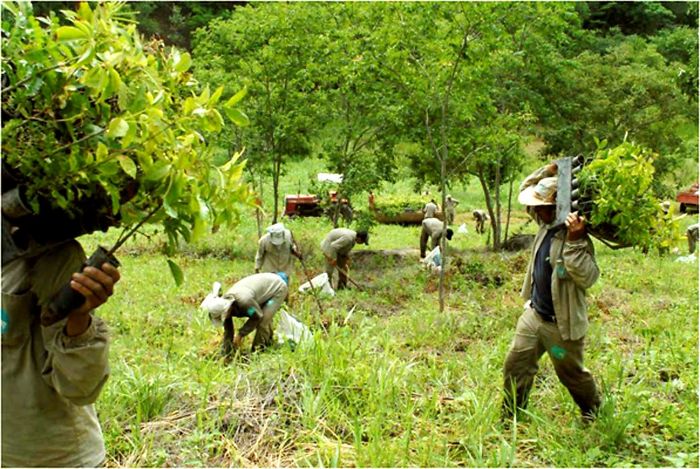 The couple formed an organization Instituto Terra which was then tasked to plant a whopping four million tree saplings. The restoration process had begun.

But Simply Planting Tree Saplings Was Not Gonna Cut It

“There is a single being which can transform CO2 to oxygen, which is the tree. We need to replant the forest,” said the photographer. “You need forest with native trees, and you need to gather the seeds in the same region you plant them or the serpents and the termites won’t come. And if you plant forests that don’t belong, the animals don’t come here and the forest is silent.”

But Sebastião And His Wife Were Determined And Ready

For twenty years the couple and their people worked tirelessly together and brought the forest back to life.

Even The Wildlife Came Back Home

The Both Of Them Have Proved That Nothing Is Impossible

Bit by bit, they restored the entire forest.