Home Fashion Bold Celebs Who Are Not Afraid To Wear The Same Clothes In...

Okay, so answer a quick question, how often do you see your favorite celebrities wearing the same outfit on two different occasions? Well, not very often would be the absolute correct answer. But, have you ever wondered why? Obviously, because they have to maintain their reputation of “not wearing the same thing twice” or else it would be a disaster. But, there were some bold celebs who definitely don’t care about what others may think and have worn the same clothes in public because why the hell not!

These bold celebs were not afraid to wear the same clothes in public and we can relate!

1. Rita Moreno, the actress had received the Oscar for her brilliant performance in 1962. The dress was made out of a real Kimono and she decided to take this classic beauty out of the wardrobe for the 90th Oscar ceremony. 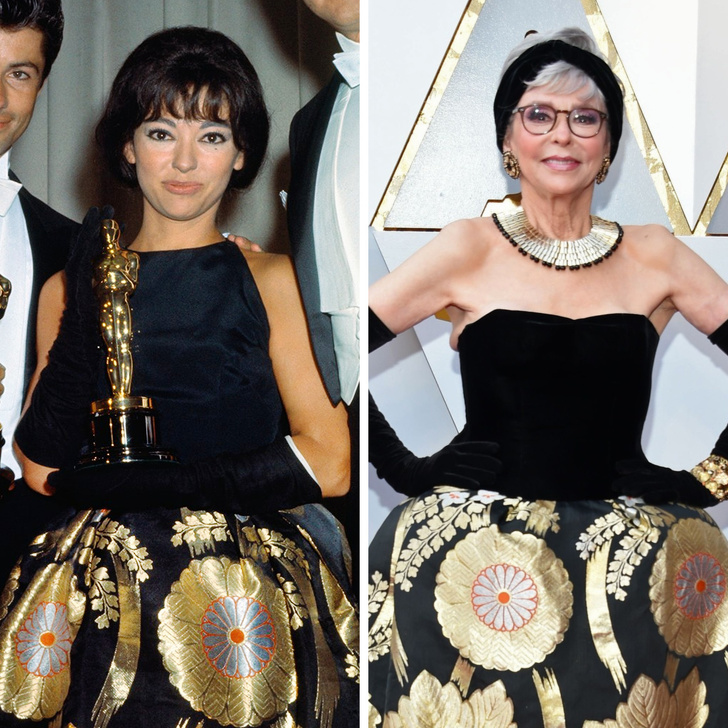 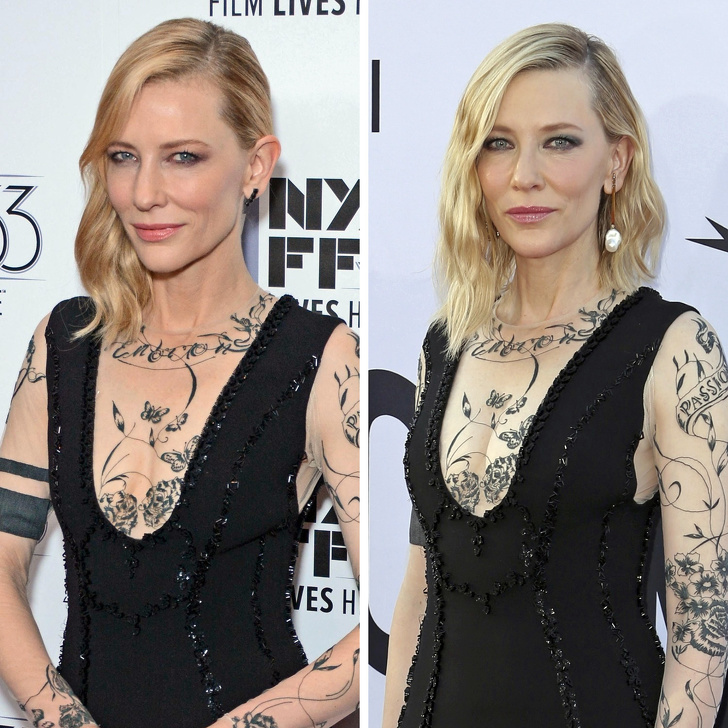 3. Queen Letizia of Spain, if a Queen isn’t afraid to wear the same dress twice then you shouldn’t be too. This gorgeous gown was worn by the Queen on two different occasions and look stunning both the times. 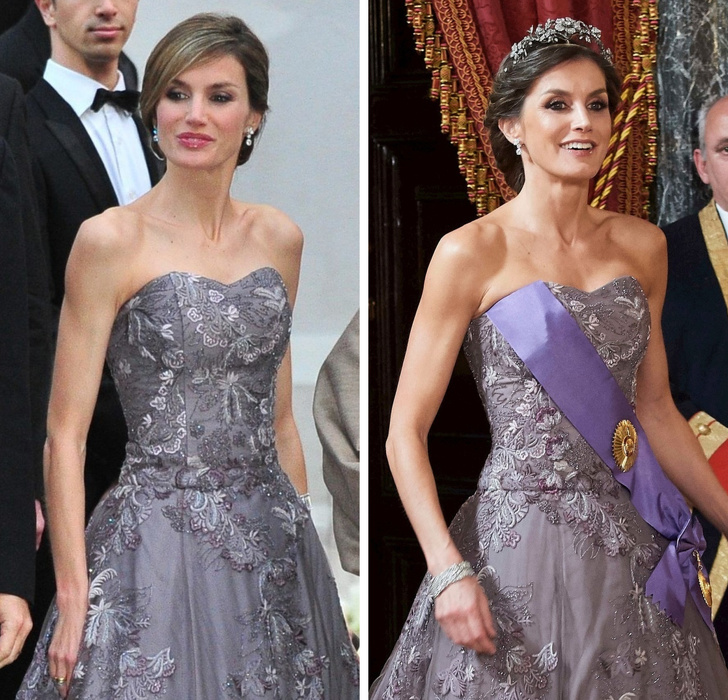 4. Gerri Halliwell, just because you lose or put on a few pounds doesn’t mean that you need to discard your your favorite dress, and singer Gerri set an exampleof it. 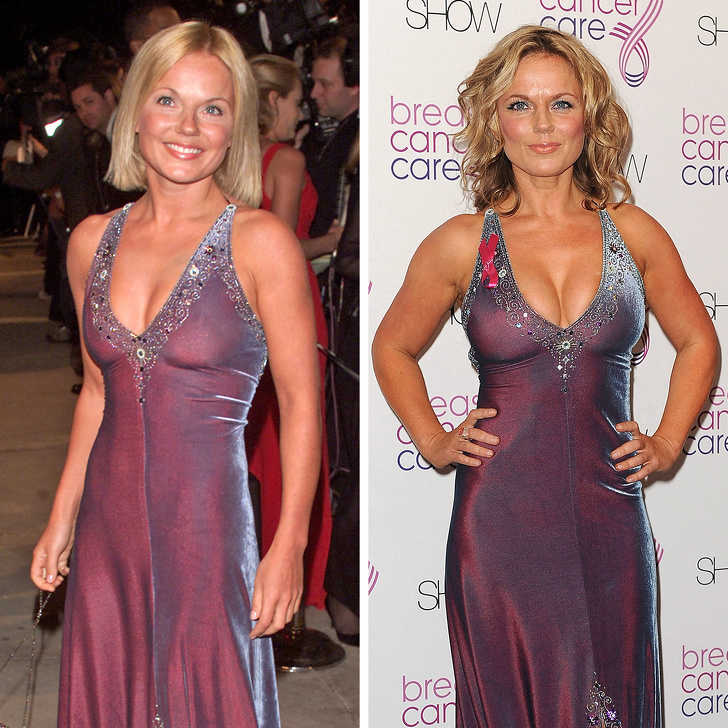 5. Jane Fonda, a good jacket definitely needs to be worn twice especially when you look absolutely brilliant in it. Jane used different accessories to make her look seem different than earlier, and we are utterly impressed. 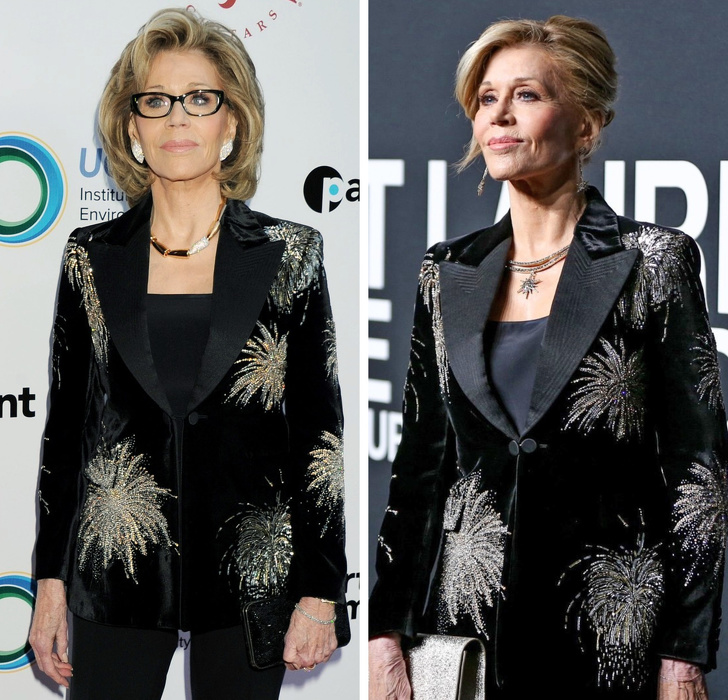 6. Kate Middleton, this lady deserves respect from all, not only does she carry herself brilliantly but has also proven that you can most certainly rock the same dress twice! 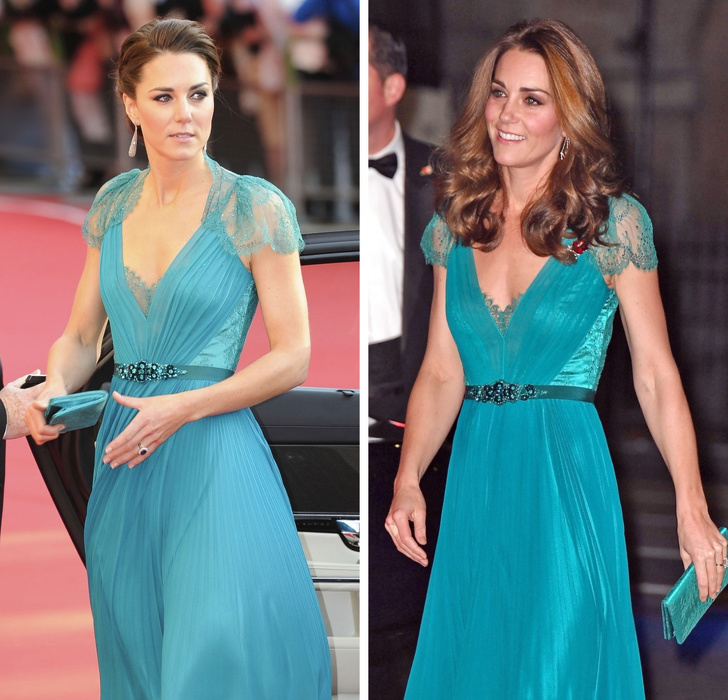 7. Kate Moss,  the actress definitely knows how to make the fur coat look ageless. She was first seen wearing the coat in 202 and now years later she is wearing the same one. 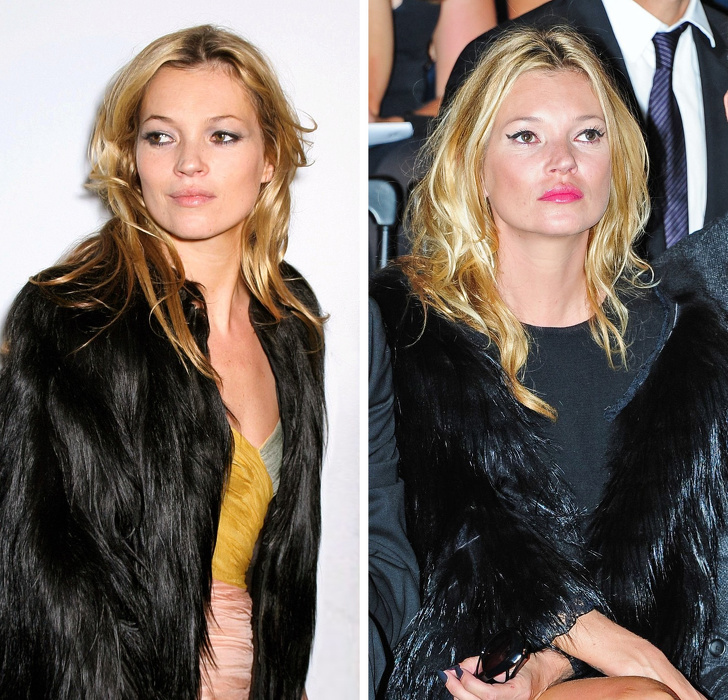 8. Harry Styles, when you look good in something, you should definitely wear it boldly. 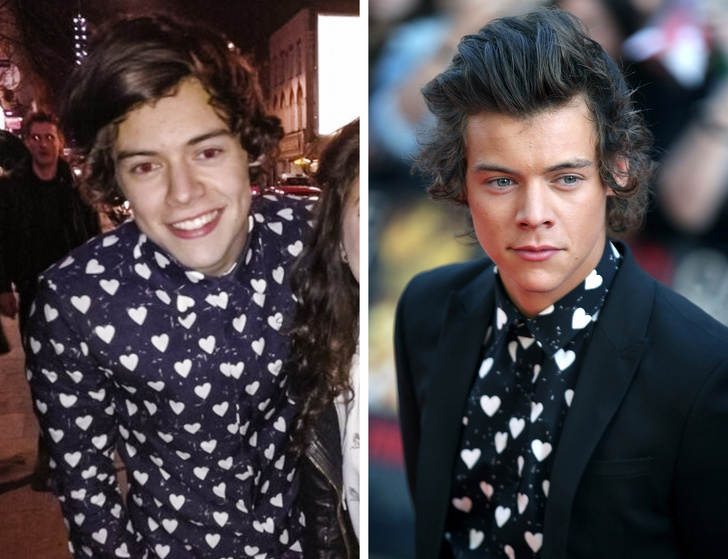 9. Sharon Stone, the woman knows fashion and therefore chooses to wear nothing but the best, she had worn this beautiful piece by Roberto Cavelli on two different occasions years apart. 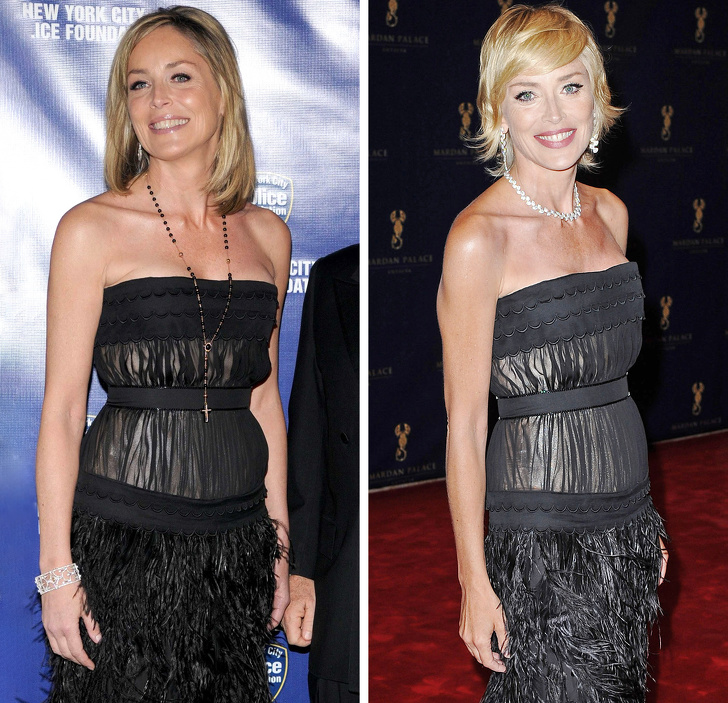 read also: Eight Of The Most Awkward YouTuber Apologies. #4 Was The Worst!

First And Last Outfit Of Your Favourite Characters On FRIENDS

Love Pizza? Now Get Married In A Pepperoni Pizza Gown!

You Won’t Say Math Is Boring After Seeing This Gorgeous Math...