Home ENTERTAINMENT This 3-Year-Old Had “The Nun” Themed Birthday Party And Guess Who Replied?

Will you ever be as brave as this 3-year-old to have a “The Nun” themed birthday party?

A Twitter user named Andrea shared this from her niece’s birthday party who refused to have anything but a “The Nun” themed party. 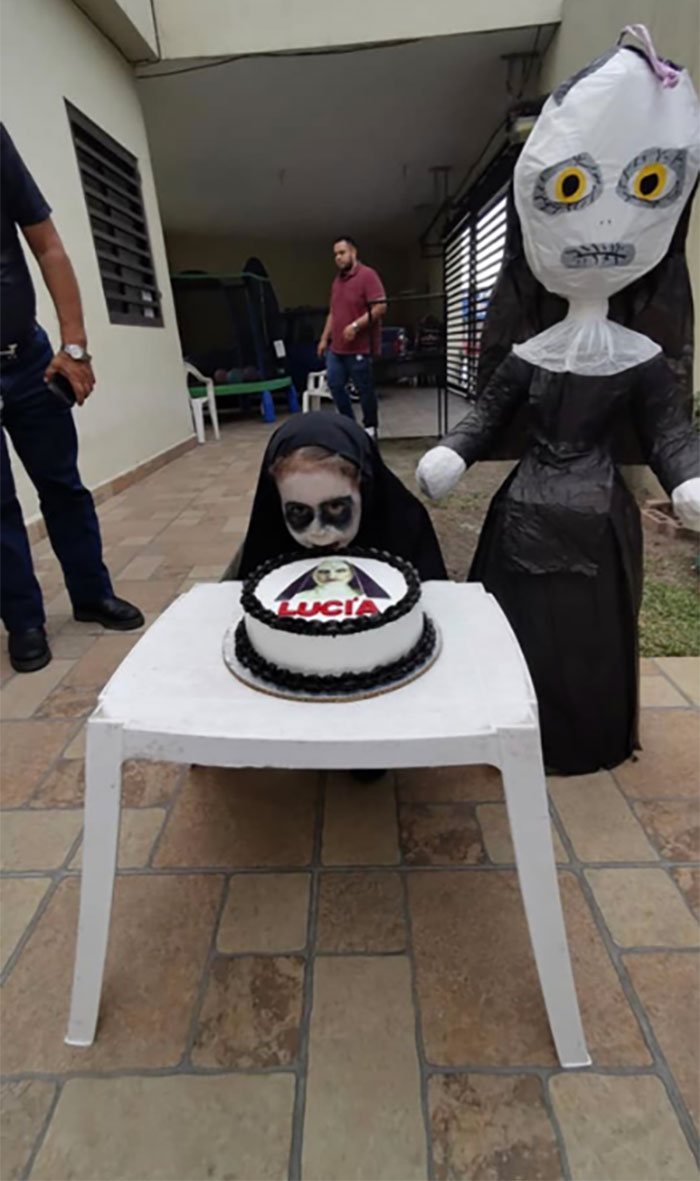 So, her parents though reluctant at first decided to fulfill the girl’s wish. 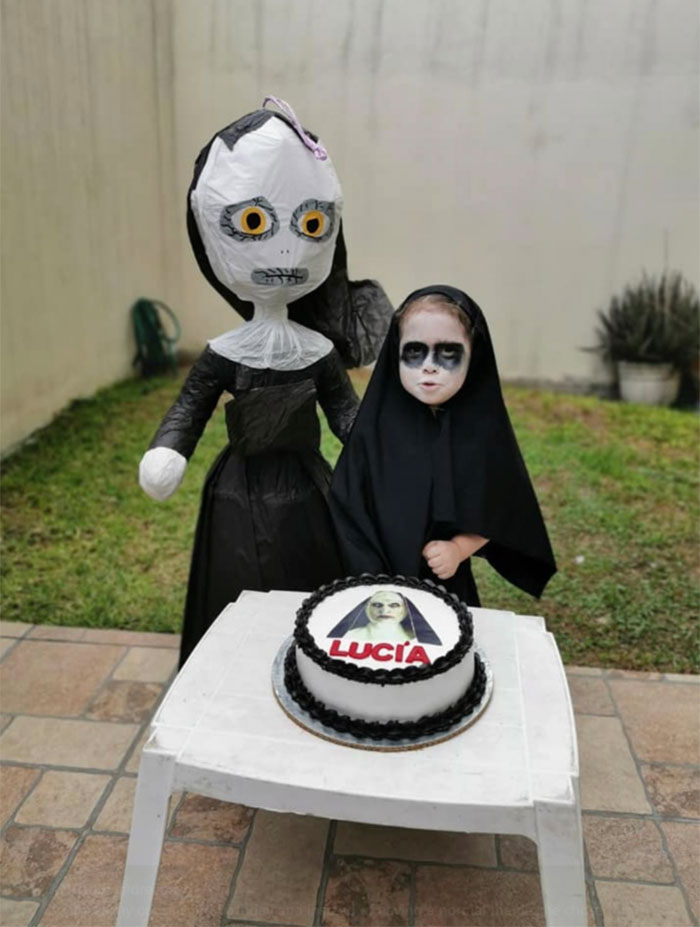 She absolutely loved the character and was somewhat obsessed with her (Oh dear God!). She even asked her parents if she could ever meet the actress who played the character. 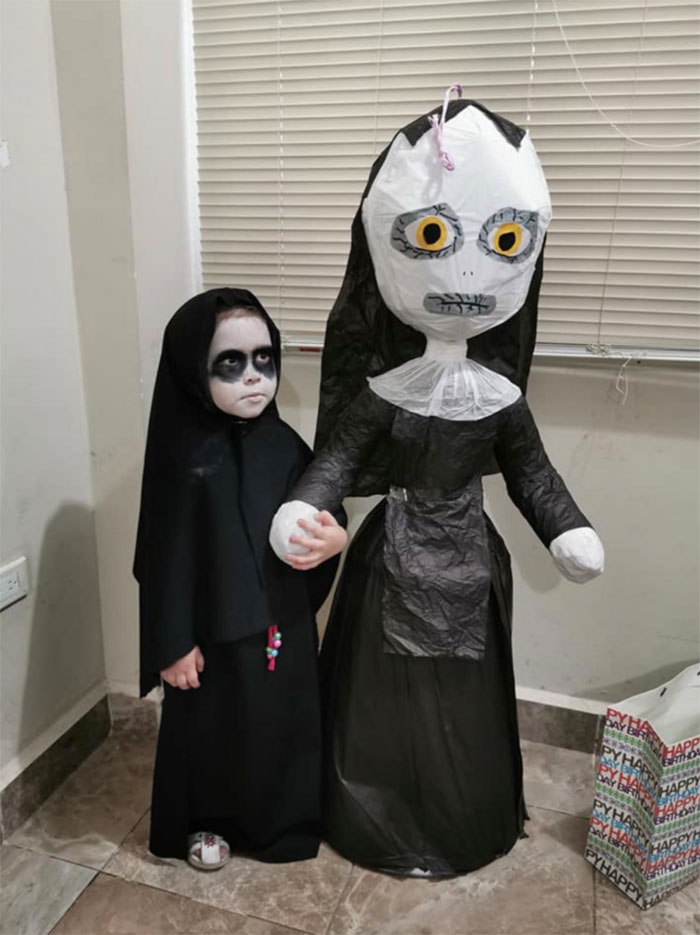 They had everything in accordance with her wish and she insisted she dresses up as the character Nun and wanted to birthday gowns like the other kids. 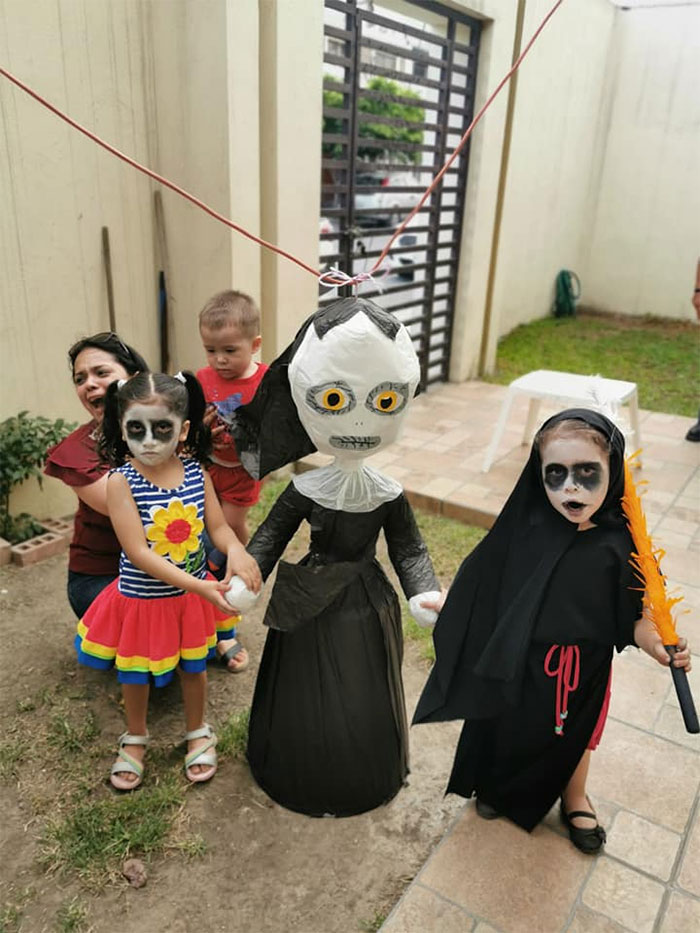 Lucia, the 3-year-old lives in Monterrey, Mexico, she had first watched the movie when she was at her Grandmother’s house. 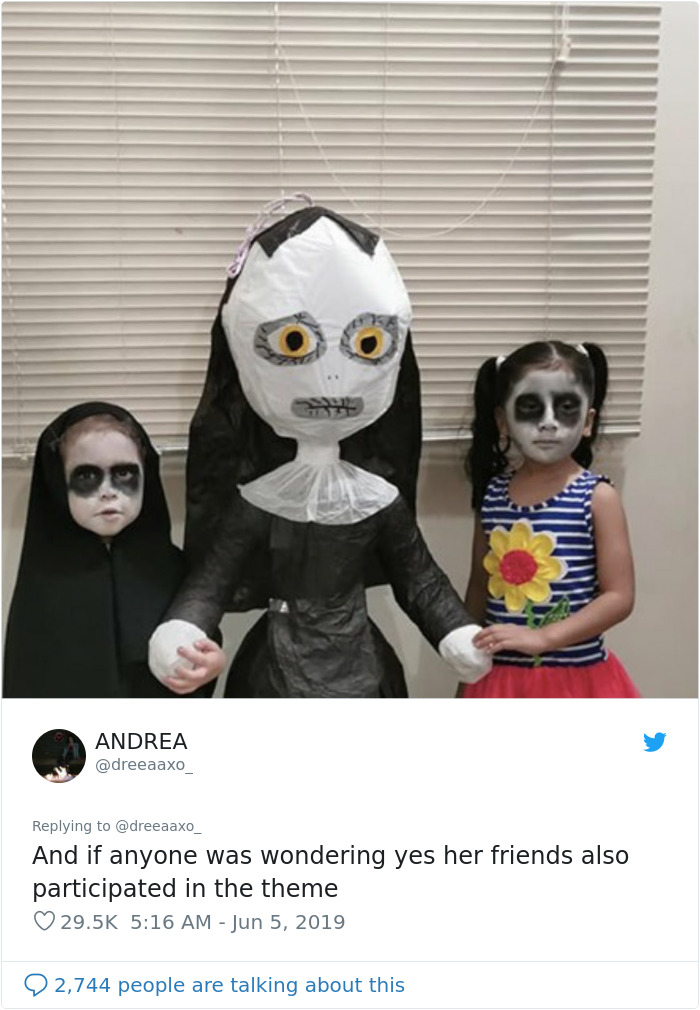 Her parents thought that she’d scream in horror but to their and everybody else’s surprise, she insisted on watching the full movie. That’s when she decided that if she ever was to have a themed birthday that had to be it.

And, guess what? Lucia got a reply from the actress who played the terrific demon nun, Bonnie Aarons wished the kid herself. 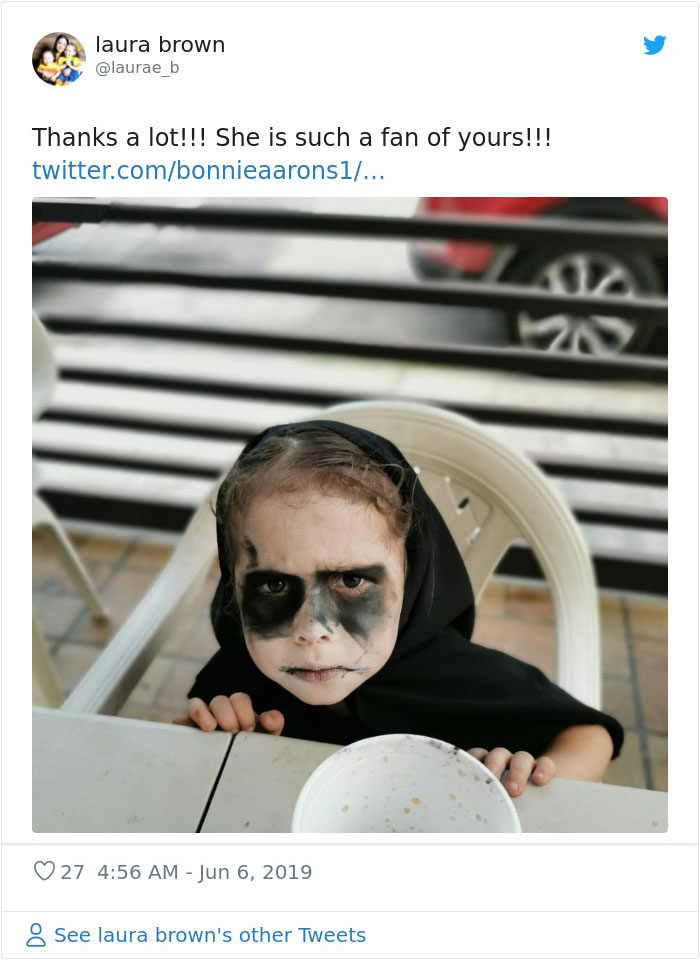 Not only that, people began to share instances from their kid’s and nephews/nieces birthday parties who decided that they wanted horror instead of wanting a normal themed party. 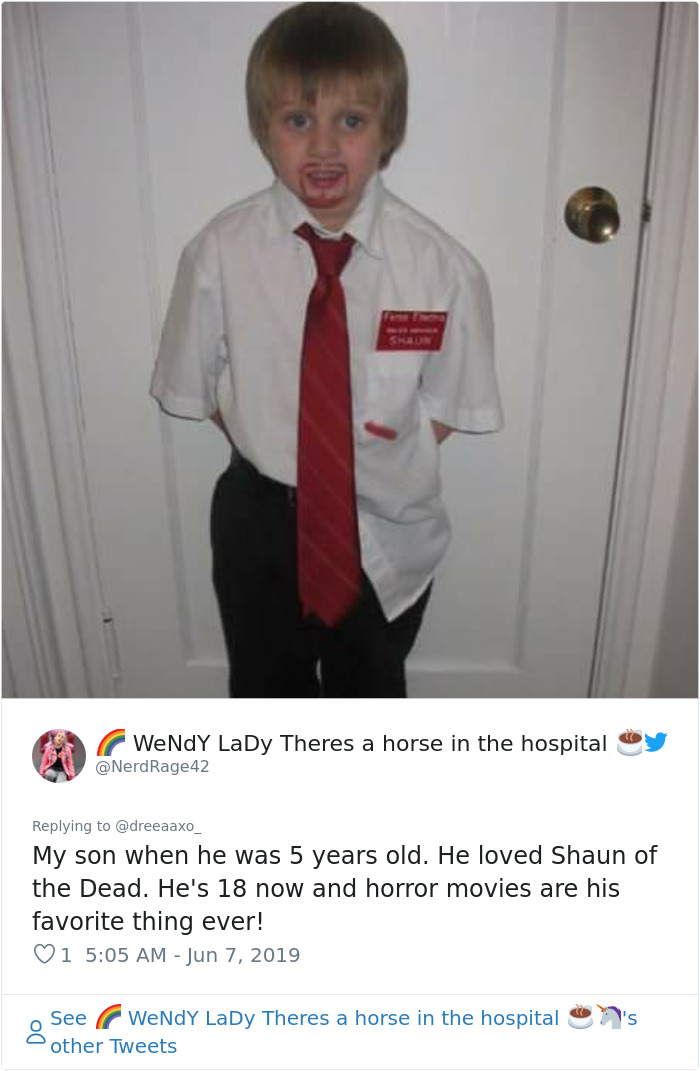 Another 4-year-old who is totally obsessed with horror movies. 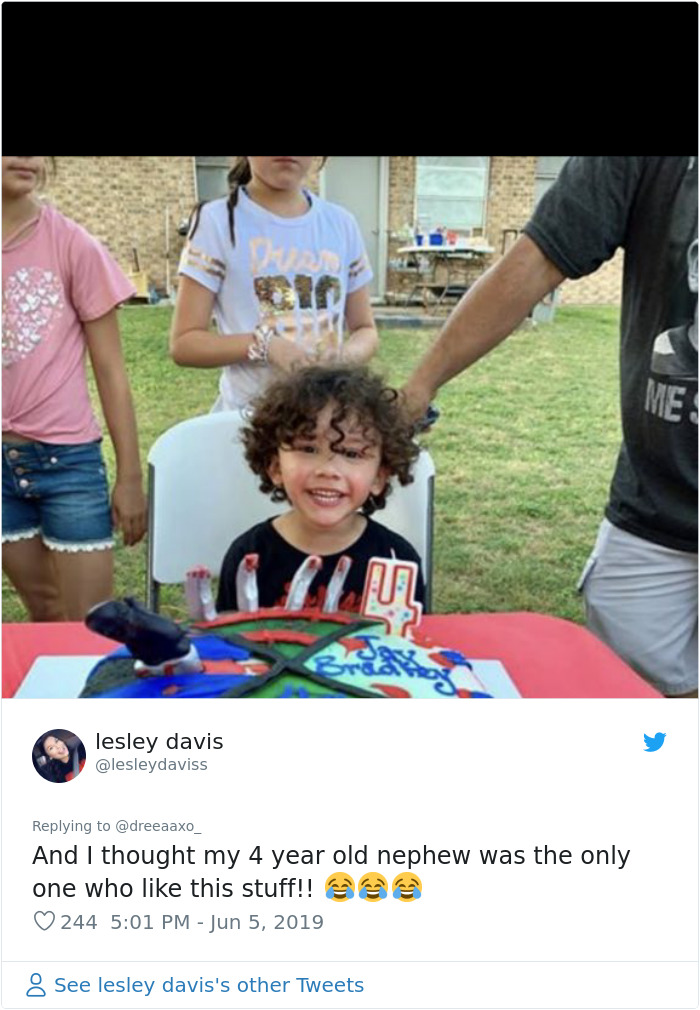 Omg! What is with these kids, are they mentally okay? Here is another one having a Child’s Play themed party. Honestly, I would’ve peed in my pants. 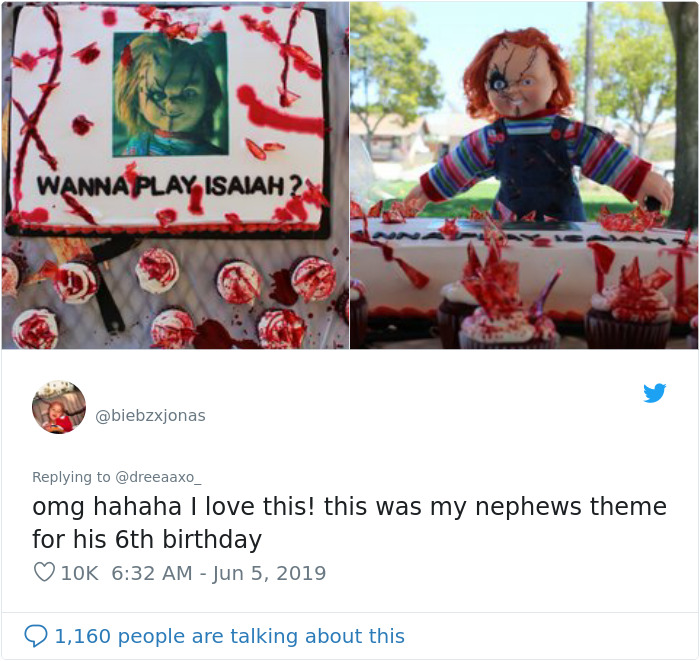 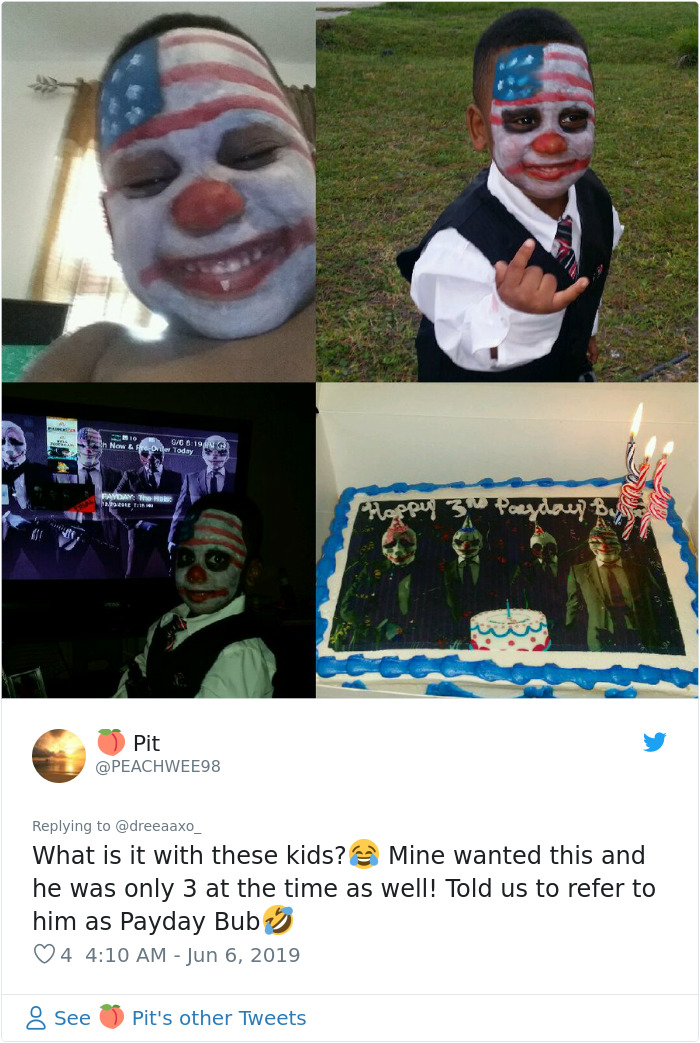 Another three-year-old girl who loves Anabelle with all her heart. 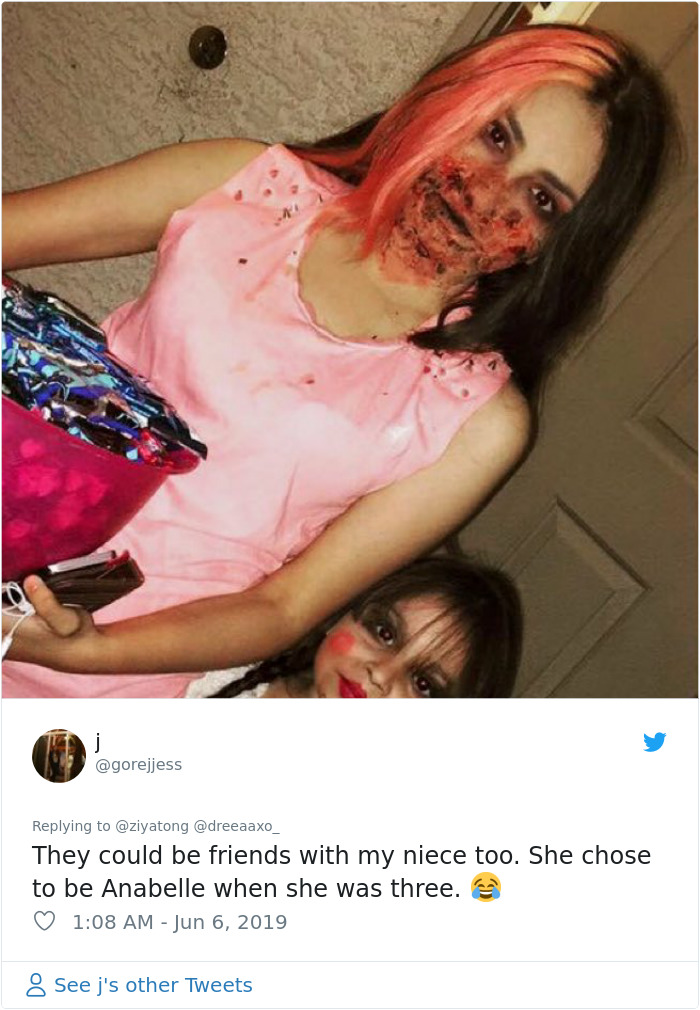 This girl wanted to have a Coraline themed party. Okay, kids, you’re something really different than the normal kids! 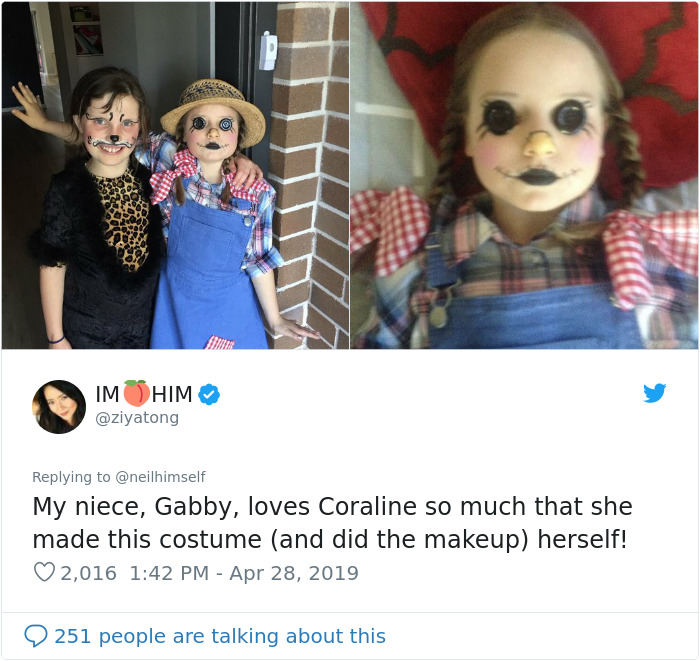 That’s not all folks, the horror movie master maker offered to be Lucia’s Godfather! I mean, could this get any better for the 3-year-old? 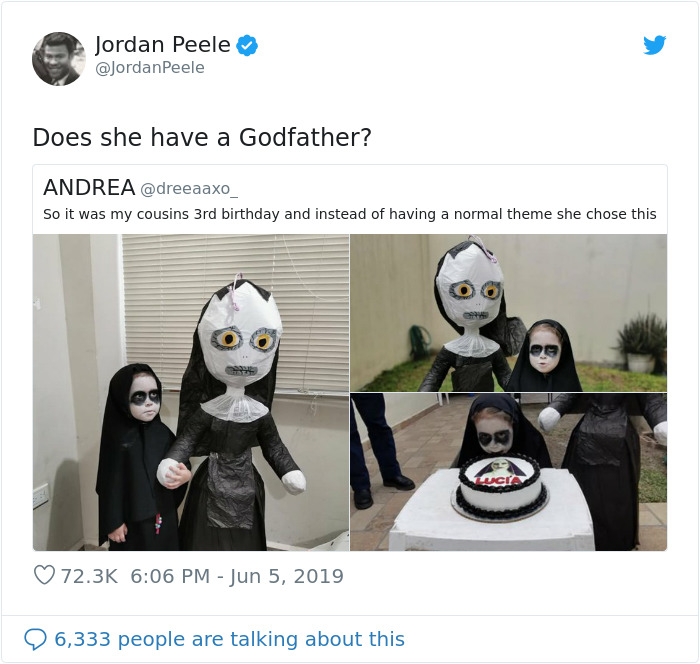 Somebody even decided to honor the kid for her bravery by making a portrait for her. 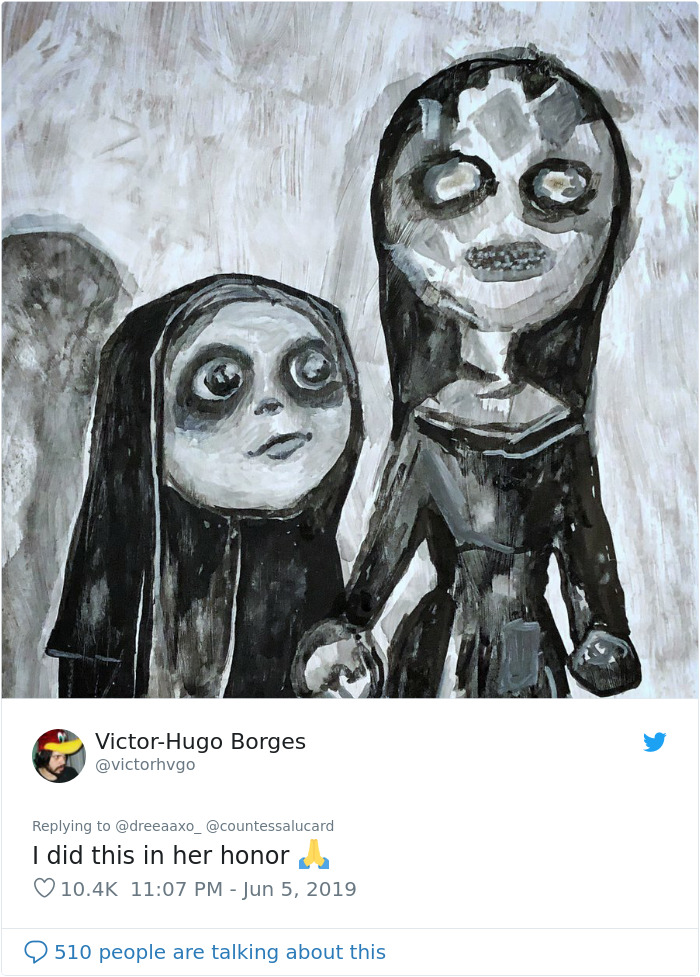 read also: These Pictures Of Priyanka Chopra And Nick Jonas Are Couple Goals

These Epic Photoshop Fails Will Make You Go WTF!