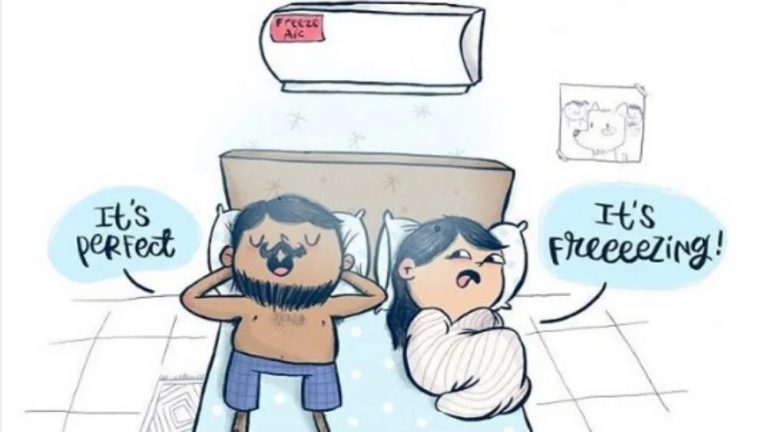 Couples tend to be like Tom and Jerry – one can’t live without the other, yet sparks fly every now and then between them.

The daily banter between couples is the reality of married life – love it or hate it. Yet, this is something that has spawned a whole ecosystem of movies, stories, television series, and comics. 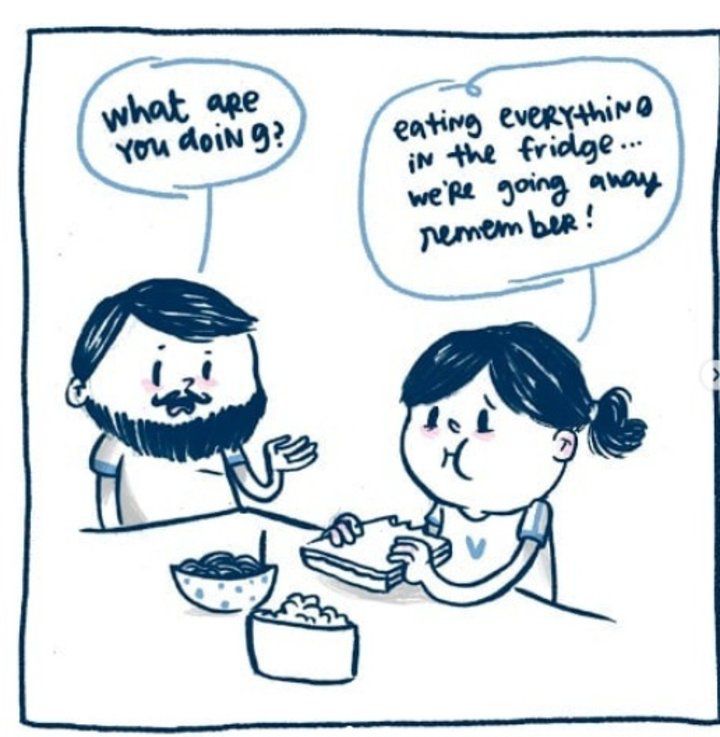 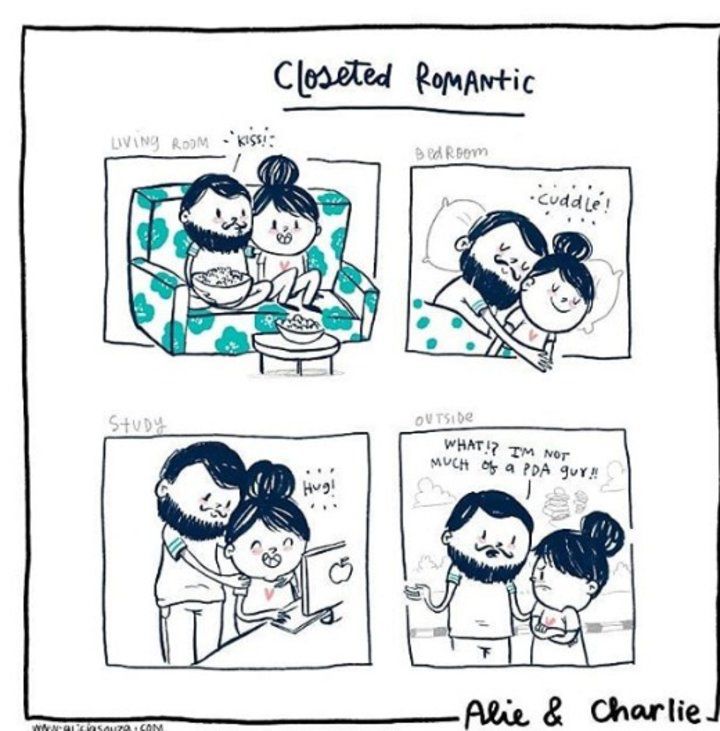 In her depictions, it is the humorous aspect of relations between couples that has gained prominence. 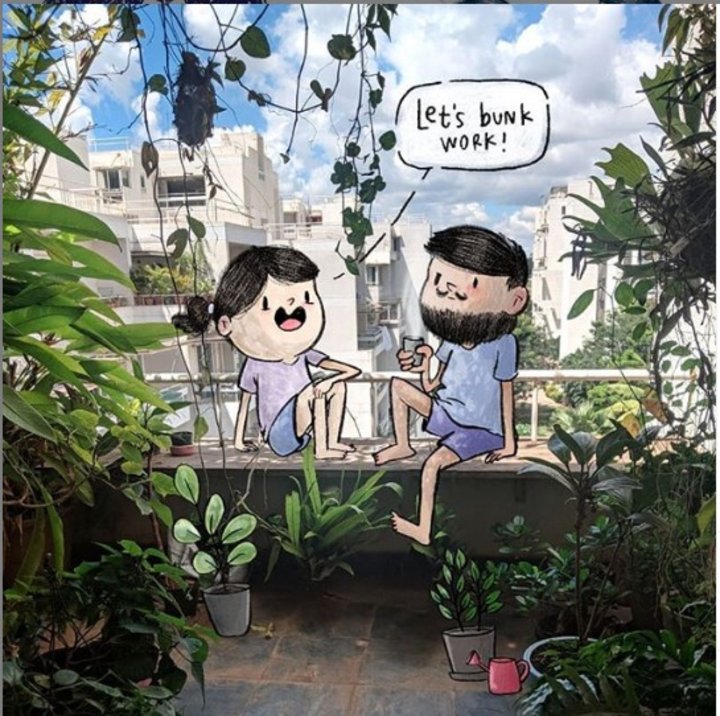 In fact, her comic depictions come with the various amusing aspects of married life that most couples can relate to. 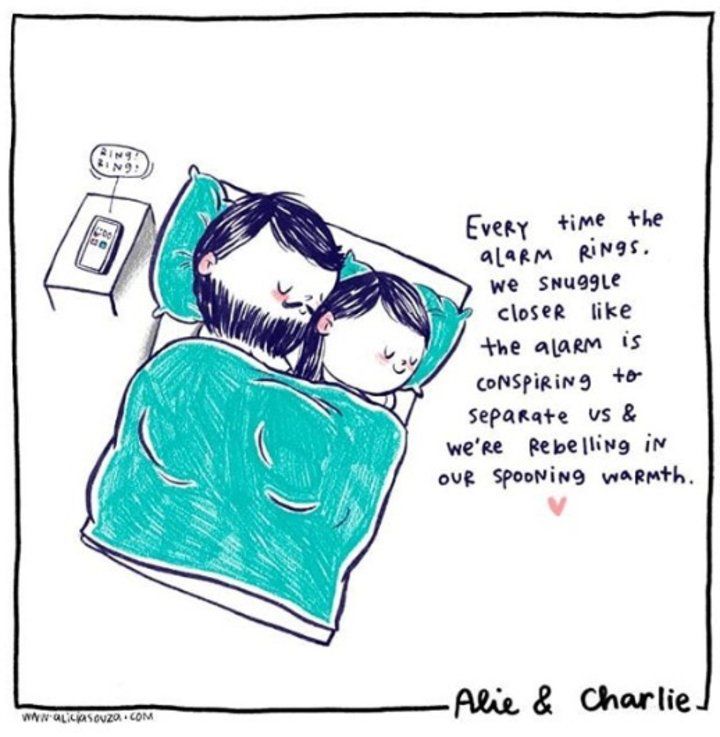 Alicia has drawn inspiration from the experiences of her own marital life and has compiled them into amusing comic strips on the canvas. 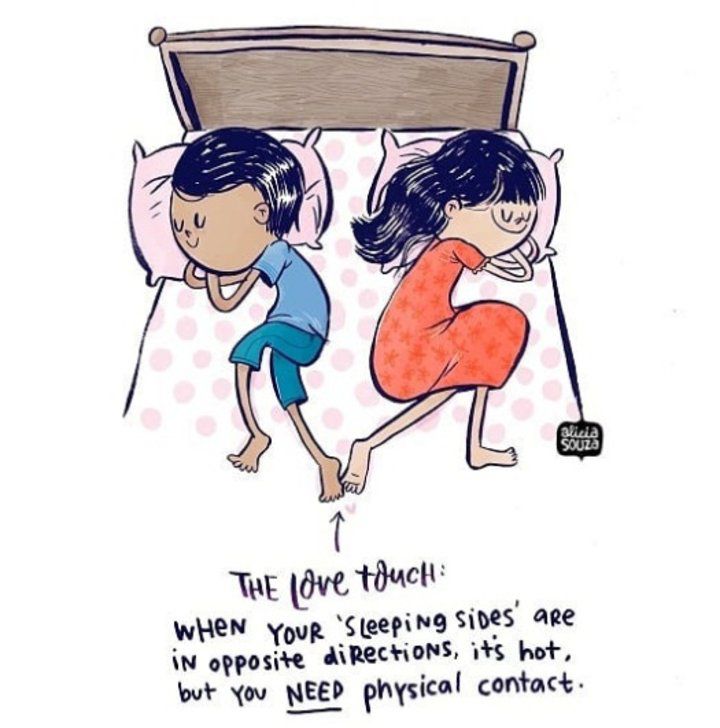 She has an innate knack of inculcating some craziness to the characters that she draws and thus brings them alive on the strip. 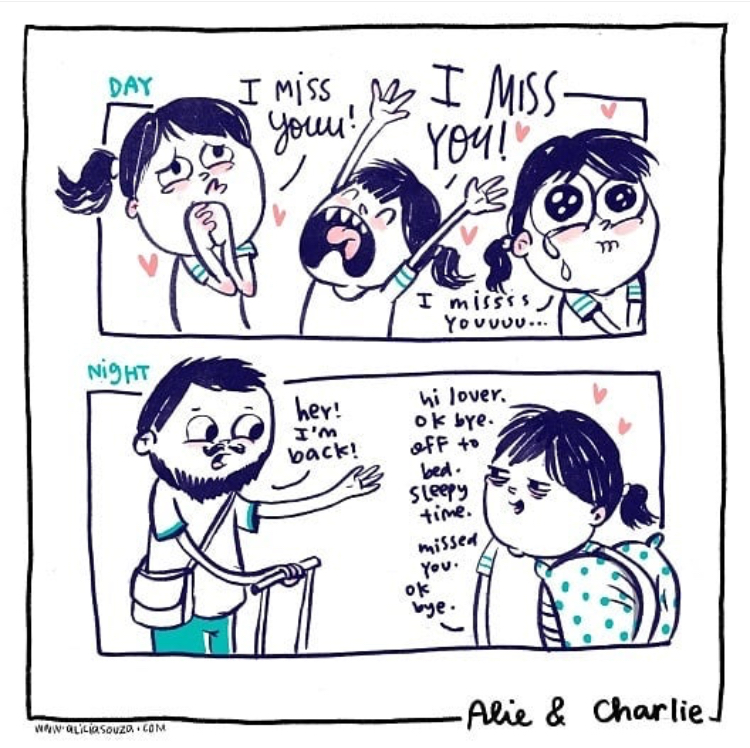 Most of her illustrations like the one where the wife is seeking some complements for her dress or the others can make you grin and laugh. 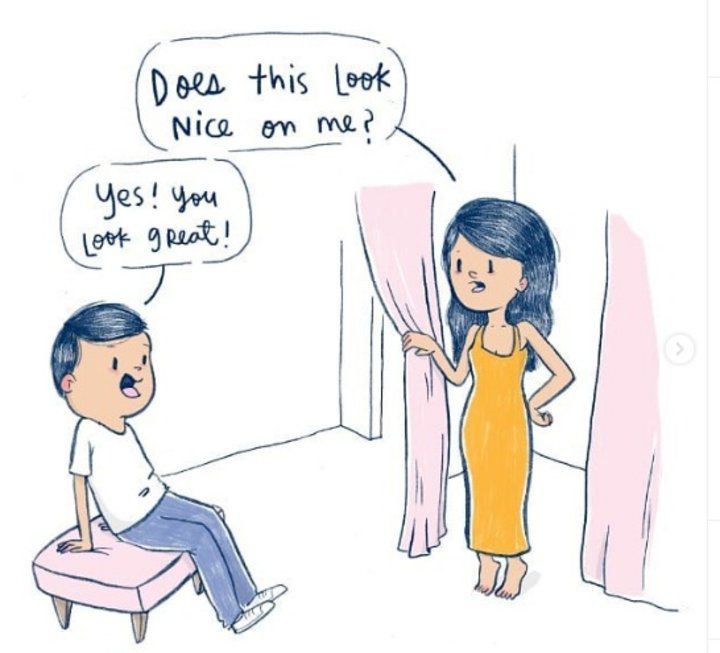 You can get a daily dose of her amusing and relatable husband-wife comic illustrations if you follow her on Instagram @aliciasouza. 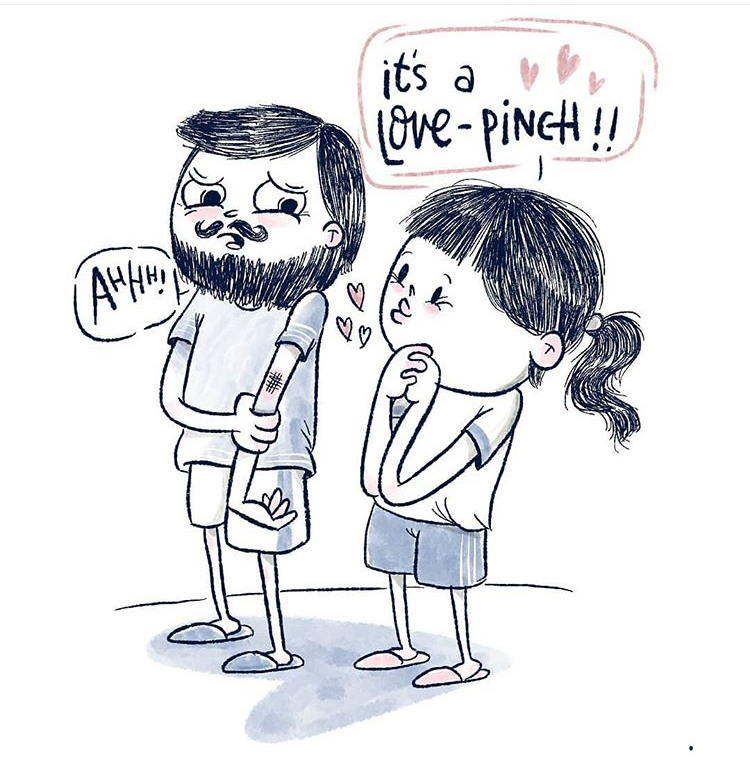 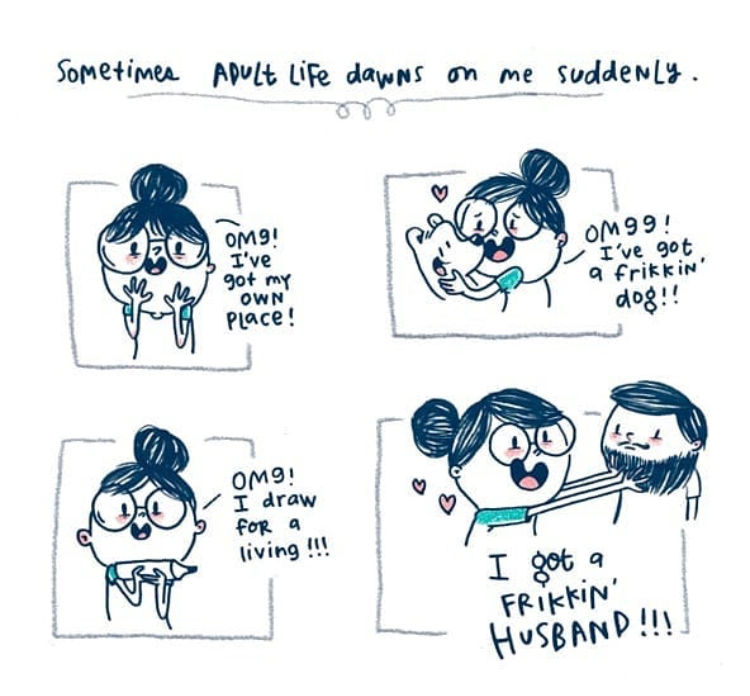 The best part is that she draws all those witty illustrations not just about marriage, but also life in general. However, it is the conjugal life of husband and wife that inspires her more than anything else. 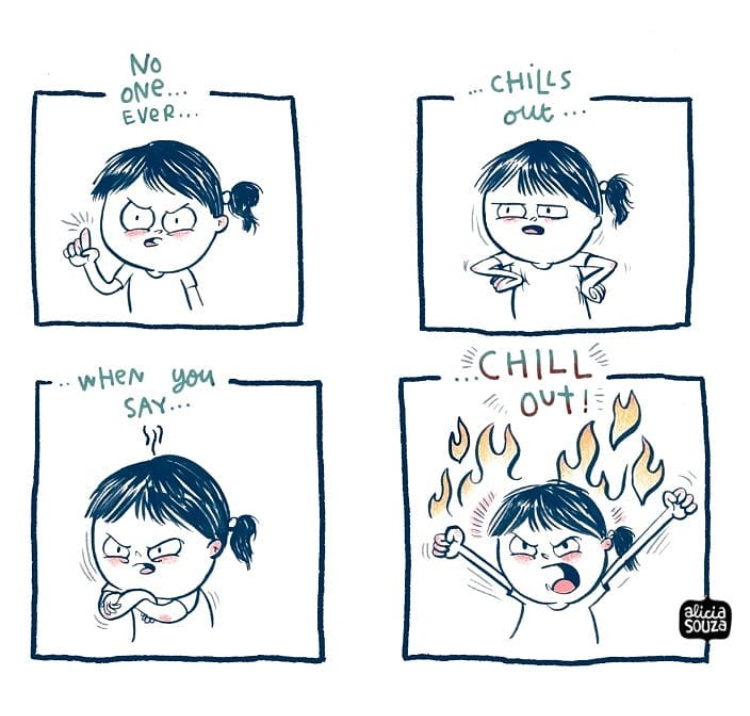 In fact, it is her husband and wife that you will find most amusing since you can relate them to your own married life. 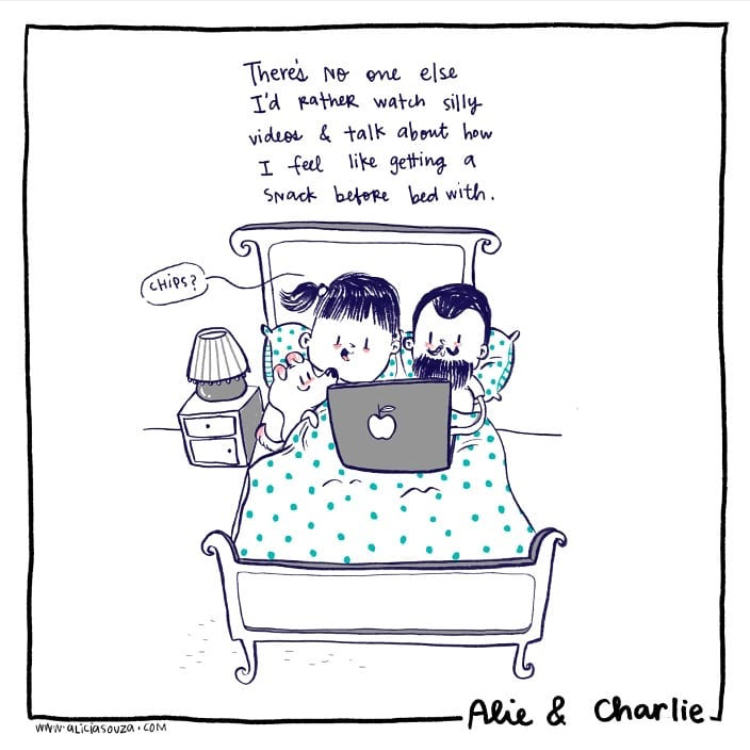 Her illustrations about married life span throughout the canvas of all the regular interactions and altercations that take place between couples. 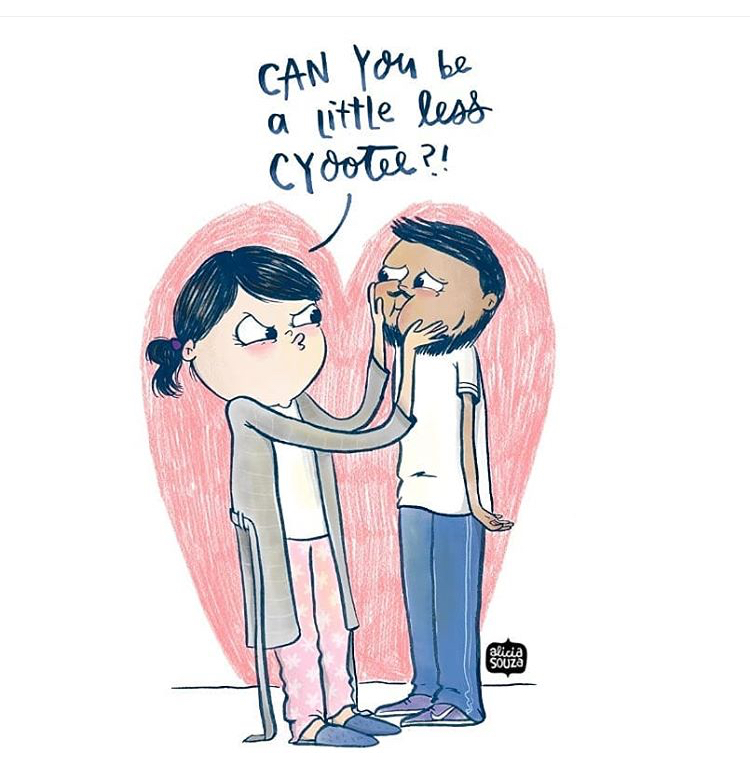 However, the illustrations need not always be taken sarcastically. In fact, what she means to depict is that the bond of marriage is a joyous one, but peppered with some happenings, some misgivings, some indifferences, and some skirmishes.